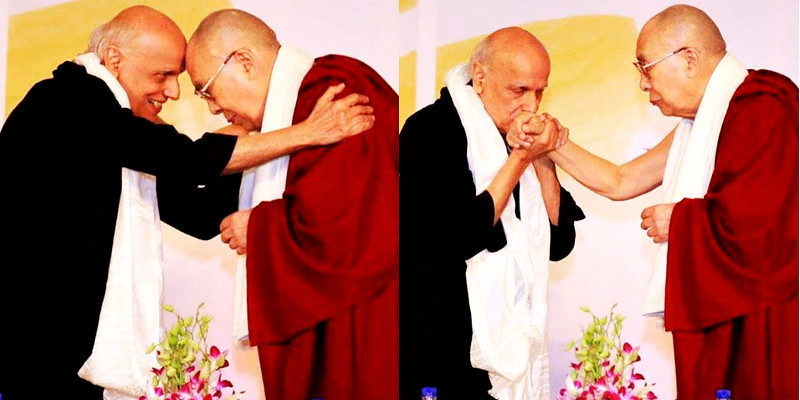 Well known Bollywood filmmaker Mahesh Bhatt has met with the Tibetan spiritual leader His Holiness the Dalai Lama at the Economic Times Indian Leadership Council in New Delhi on Monday. The two were speakers at the summit.

The relation between His Holiness Dalai Lama and Mahesh Bhatt goes back to 2014 when the latter made his acting debut as a bald Buddhist monk in Mukul Misra’s Siddhartha. Then, he had said that he had an intense conversation with Dalai Lama so that he could do justice to his role.

The Bollywood filmmaker popularly known for Bollywood hits like Sadak, Aashiqui, Arth and Saaransh in the 90s was seen kissing the hands of His Holiness the Dalai Lama during the leadership summit. Bhatt is preparing for his directorial comeback Sadak 2 starring his daughters Alia Bhatt and Pooja Bhatt opposite Sanjay Dutt.

Pooja Bhatt also took to the Instagram to share the moment of Mahesh Bhatt’s meeting with His Holiness the Dalai Lama captured in pictures. The leadership summit was held at the Maurya Sheraton Hotel in New Delhi attended by Indian CEOs and Business leaders. 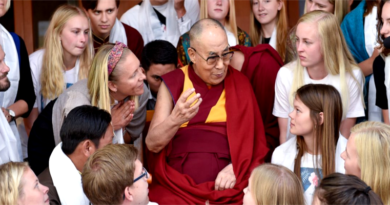 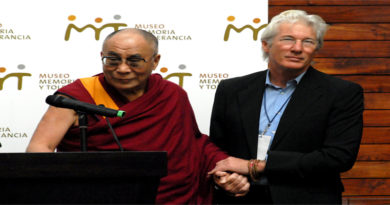