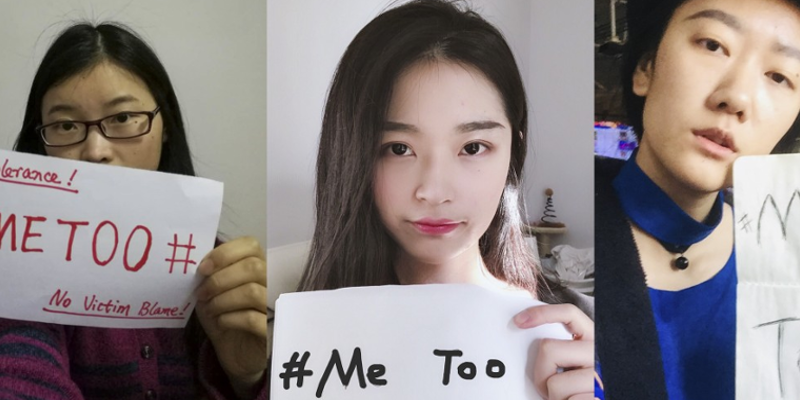 If reports are to be believed, China has already lashed out at the now-famous #metoo campaign that sent a lot of guilty men under public and governmental scrutiny in 2017. Powerful men like Harvey Weinstein, Kevin Spacey, Matt Lauer were publicly dethroned from their position, making the campaign one of the most influential one in recent times.

As expected, the campaign spilled into China, with one Chinese student named Luo Xixi accusing her professor of harassing her 14 years ago. Popular Chinese website Weibo was where students and other social media users decided to tell their stories of harassment and ask for a more stringent action and outlook on sexual harassment.

Consequentially, due to the campaign, Beihang University released a statement saying that it had set up a special group to investigate the case. “The #MeToo campaign in China was ignited by Luo Xixi, a former student at Beihang University in Beijing. She publicly accused her former doctoral professor, Chen Xiaowu, of harassing her 14 years ago, by posting an article under the #MeToo hashtag on her Weibo,” reported The Diplomat.

The campaign soon caught speed and other people, mostly student, started sharing stories of their ordeal.

However, despite knowing the nature of the campaign, the Chinese state authority decided to block the campaign lest it lead to social instability. Users who posted to Weibo said that their message automatically disappear. China’s censorship authorities have decided to bring an end to the campaign and have effectively blocked it from everywhere.

Petitioners, who are still trying to highlight the importance of sexual harassment, are looking to find other ways through which they can bring to light stories which were buried a long time ago. On top of that, the original #MeToo petition was also wiped out from the internet.