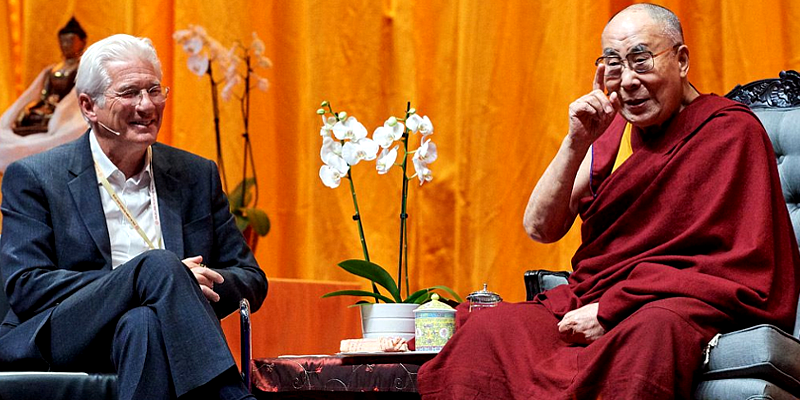 The Tibetan spiritual leader His Holiness the Dalai Lama during a conversation with Hollywood superstar Richard Gere on stage with an audience of more than 12,000 people in Netherlands, His Holiness explained that the Tibetan struggle is not just political. The statement came in reply to conservation brought on to speak about the situation in China and Tibet.

In a public gathering celebrating 30th founding anniversary of the International Campaign for Tibet (ICT), His Holiness the Dalai Lama and ICT Chairman Richard Gere engaged in a conversation. In the beginning, Mr. Gere started with “Let’s talk about the situation in China and Tibet and how it’s changed. Your Holiness,” and the Tibetan spiritual leader explained that the Tibetan struggle is not just political.

The Tibetan struggle is not just political,” His Holiness replied, “the knowledge we have kept alive originated in India, mainly from Nalanda. It involves a logical approach to philosophy and psychology that is now only found amongst Tibetans. It’s a store of knowledge that is among the world’s treasures. I retired from political responsibility in 2001, passing that authority on to an elected leadership. However, preserving the Nalanda Tradition and making it more available to my fellow human beings remains a major concern.”

Richard Gere during the conclusion of his conversation with His Holiness the Dalai Lama, made an appeal to the audience, “Please remember the people of Tibet and look into how you can help them.”. Following the conversation, when His Holiness was requested to address the gathering, he laughed and told that he has already spoken most of the things he wanted to say. However, His Holiness urged the audience to acknowledge the importance of oneness of humanity and make the century an era of peace and compassion.

“We are all the same in being human. Physically, emotionally and mentally we are the same. We all want to live a happy life, which is why it’s important to acknowledge the oneness of humanity, and religious practice can help us do that. On such a basis we may be able to make the 21st century an era of peace and compassion.” His Holiness addressed. 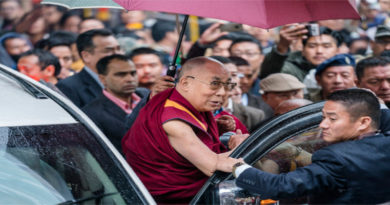 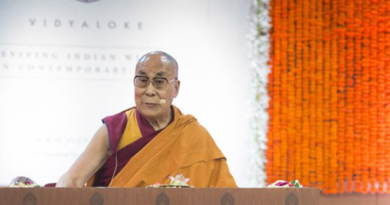 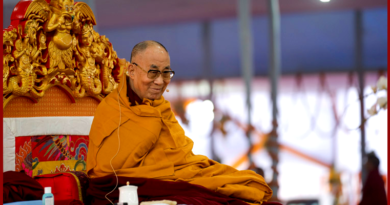