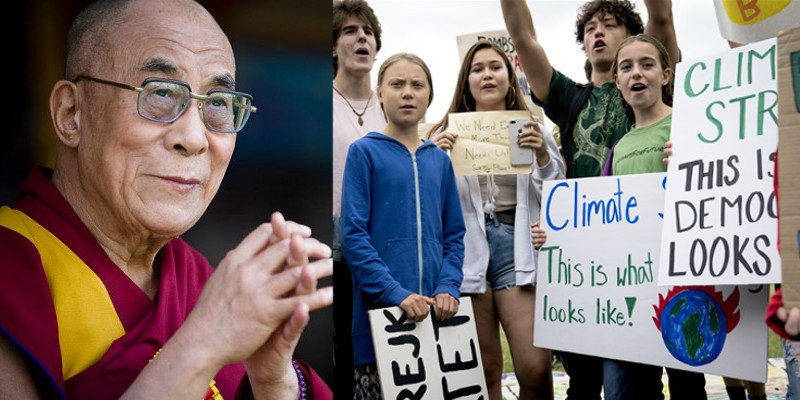 In a historic development, the new social movement to make voices for alarm the global community about the climate crisis took place on Friday. The Global Climate Strikes, inspired by Swedish climate activist Greta Thunberg, age 16, came out to be one of the largest mass protest for action on global warming in history.

Although the exact number of participants in the worldwide strike is hard to get, the campaign has been truly global and astonishingly well organized, according to The Vox report, there were 2,500 events scheduled in over 150 countries on all seven continents. As far as the significance of the campaign is concern, it found a strong voice of support from the Nobel Peace laureate, His Holiness the Dalai Lama.

The exiled spiritual leader, who is himself a strong campaigner for urging serious global actions towards a sustainable development of the world by protecting the natural environment across the world, especially the third pole of the world, Tibet, he hailed the climate strike as a being very realistic about the future.

“It’s quite right that students and today’s younger generation should have serious concerns about the climate crisis and its effect on the environment,” the Nobel Peace laureate His Holiness the Dalai Lama tweeted in support to the global campaign.

“They are being very realistic about the future. They see we need to listen to scientists. We should encourage them,” he added. 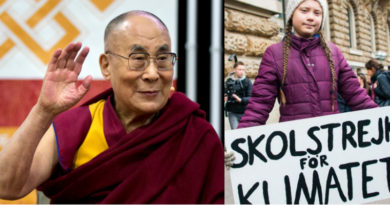