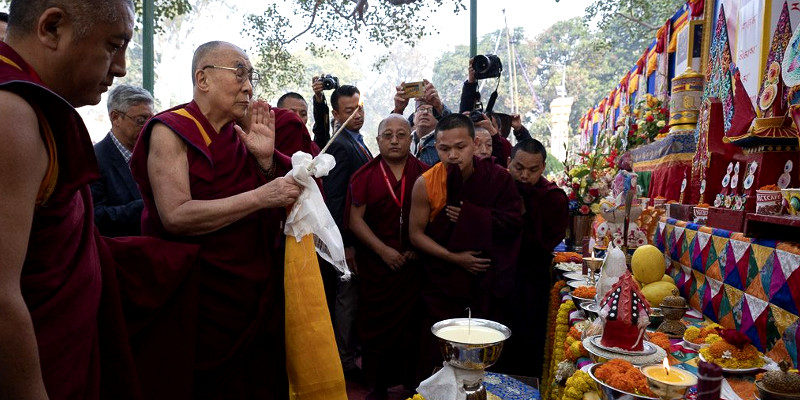 The Tibetan spiritual leader His Holiness the Dalai Lama made an early Wednesday morning pilgrimage to the Mahabodhi Temple in Bodhgaya just before leaving for the holy place. His Holiness completed his scheduled programs of the season on Monday.

Much to the delight of devotees gathered from around the world in Bodhgaya thronged along the path as His Holiness the Dalai Lama walked from his residence in Gaden Phelgyeling Monastery to the Mahabodhi Temple, giving a precious glimpse of the spiritual leader.

After offering his prayers to the Buddha statue of the Mahabodhi Temple, His Holiness the Dalai Lama left for Gaya airport to catch his flight to New Delhi to return to his official residence in Dharamshala.

While His Holiness arrived in Bodhgaya on 16 December, His Holiness inaugurated the First Conference of Scholars of Different Traditions on Jé Tsongkhapa’s ‘Essence of True Eloquence’ organised by Kirti Monastery and laid the foundation stone for the prospective Samye Ling Tibetan Buddhist Nalanda Academy on 19 December.

The Tibetan spiritual leader conducted two-day teachings on ‘The Thirty-seven Practices of Bodhisattvas’ and ‘Commentary on Valid Cognition’ on 24 and 25 December.

His Holiness gave empowerments on Solitary Hero Yamantaka, ‘Manjushri Cycle of Teachings’ and on White Heruka between 26, 28 and 30 December, a long life prayers offering was made by Central Tibetan Administration, Namgyal Monastery and the Shelkar Ngashap on behalf of all Tibetans. 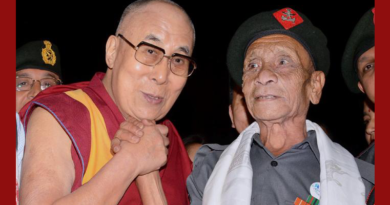 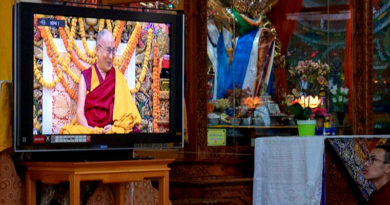 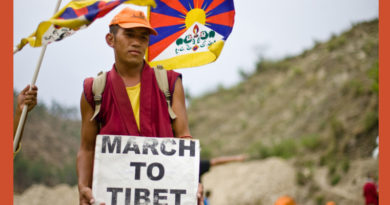 Sixty years of Tibetan struggle and the way forward