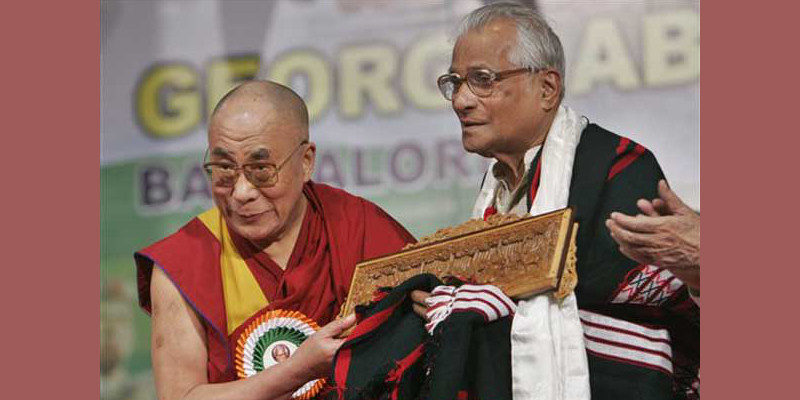 According to the official report published in the website of OHHDL, His Holiness the Dalai Lama wrote to Shrimati Leila Kabir this morning to express his sadness at the passing away of his old friend George Fernandes. He offered his condolences to her and the members of her family, as follows;

“I had the privilege of knowing him for over five decades,” His Holiness wrote, “during which time we met regularly, and as you know, I continued to visit him after he retired from active politics.

“I admired him greatly because he dedicated himself to what he believed in, no matter how difficult the situation was. George was a great humanitarian and believer in truth. Throughout his life, his was a voice for the millions of poor and needy people of the country. He had a firm conviction in justice and wisdom. He was a real heroic leader.

“He was a steady friend who was sympathetic to· the Tibetan cause right from the beginning. He never missed an opportunity to speak up for the Tibetan people as well as for others in a similar situation.

“Although George and I belong to different religious traditions, as a Buddhist I am confident he will be reborn again to serve his country and in particular the cause of the underprivileged.”

His Holiness ended his letter with prayers for his late friend and the declaration that he would always remember him. 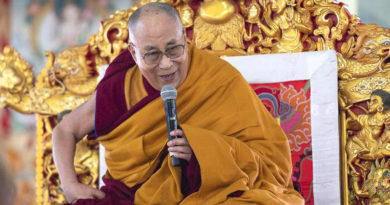 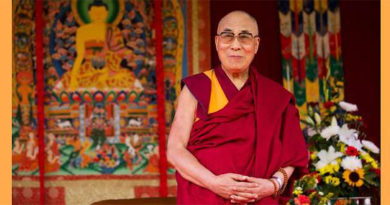 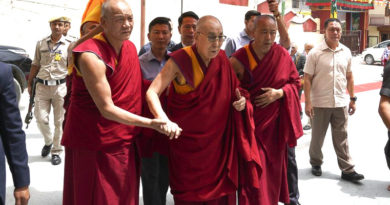