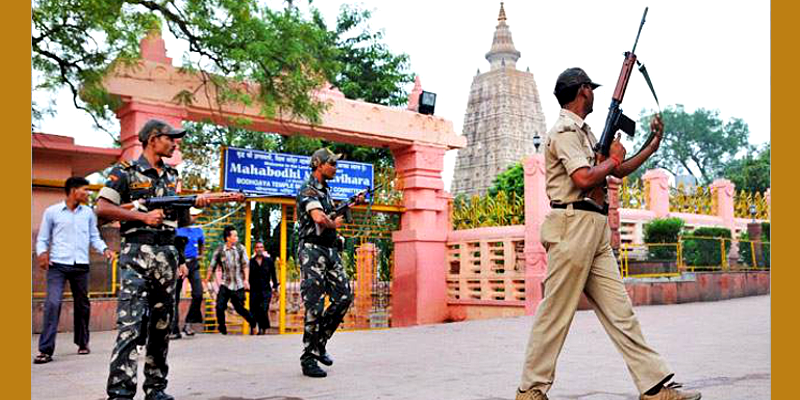 The Special Task Force of Kolkata Police on Friday arrested a militant of Jamaat-ul-Mujahideen Bangladesh (JMB) group for his involvement in plotting the terror blasts during the spiritual leader Dalai Lama’s visit to Bodh Gaya last month. This is the sixth arrest of the terror outfit’s militant this month in its connection to the planned blasts last month.

The arrested named Alam is a 24 year old youth who was reported by his three associates after they were earlier arrested by the Kolkata police and the police learnt from the arrest that Alam had travelled to Hyderabad with five others in November last year for a 15 days JMB leaders meeting where they planned the blasts in Bodh Gaya.

“Nur Alam Momin alias Alam, 24, a resident of Murshidabad’s Dhuliyan was arrested on Friday morning from infront of a health centre in the district’s Samshergunj area. He participated in a meeting with JMB leaders in Hyderabad, where the Bodh Gaya blast was planned”, Murlidhar Sharma, Deputy Commissioner, Special Task Force of Kolkata Police said after arrest.

Paigambar Sheikh (24) and Jamirul Sheikh (31) were arrested from Murshidabad and Siliguri on January 30 and a third man, Shish Mohammad has been held from Shamserganj later. The police revealed that Alam’s name surfaced from the interrogation of these arrested militants.

Though the police is yet to understand if Alam went to Bodh Gaya or not, the Bankshall Court in Kolkata has sent the accused to 10 days of police custody on Friday. From the police investigation till now, though His Holiness the Dalai Lama was not targeted in the attacks, it was probably a communal cause where Islamic militants were trying to avenge the Buddhist monks over the Rohingya muslims crisis.

Three bombs were planted amid heavy security shield of the Dalai Lama in Bodh Gaya on January 19 this year and one of the bombs had exploded on that late Friday evening, following which the two others were recovered before explosion. The first blast was initially mistaken for a fire cracker, police launched a combing search of the entire campus in precaution. The two bombs planted were immediately taken to a remote place and diffused later. 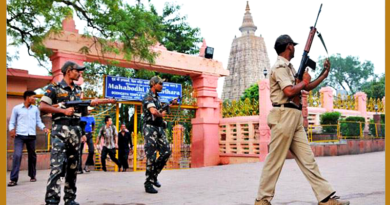 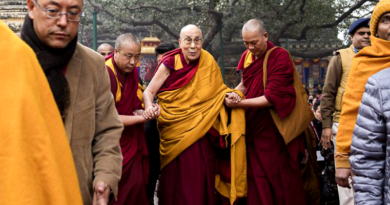