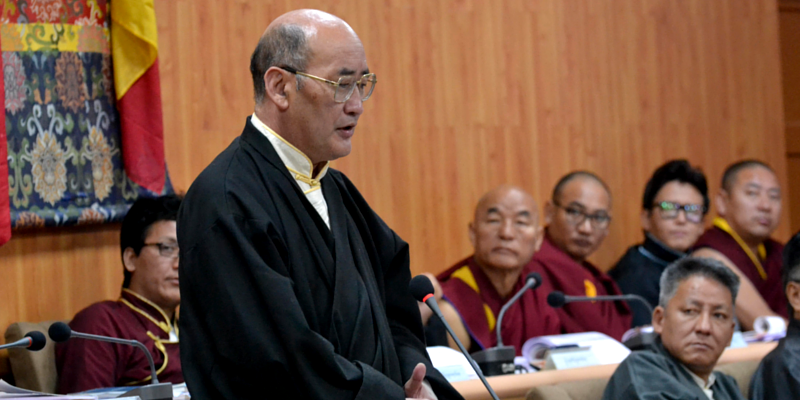 The department of security, Central Tibetan Administration while facing concerns of the members of Tibetan parliament in exile during the day six of the ongoing session, the Minister (Kalon) of the department, Mr. Phagpa Tsering assured in his reply that there is no any negligence but the security measures for Tibetan spiritual leader His Holiness the Dalai Lama is at its best.

During the day six of the on going budget session of the Tibetan parliament in exile, the budget for the Department of Security, Central Tibetan Administration was discussed. When speaker questioned for the approval from members of the parliament, many of the members took part in the discussion wherein most of them mainly shared their concern over the security of His Holiness the Dalai Lama.

Concerns from the issue of recovering two live explosives inside the compound of His Holiness the Dalai Lama’s security shield during his stay in Bodh Gaya to the notable number questionable visitors seeking audience to His Holiness and the much required sufficient time to rest for the spiritual leader with advanced age were raised by the exile parliamentarians.

The minister of Department of Security acknowledging the fact that their primary responsibility is ensuring the security concerns of His Holiness the Dalai Lama, Kalon Phagpa Tsering assured the parliament that His Holiness’s security is measures are better than ever and there are no any compromise in it.

After the debate on the Recurring  Budget and Special Recurring Budget of Department of Security for the fiscal year 2018-2019 ensued, it was passed in unanimity by the members of the parliament.

Neither Dalai Lama Nor Samdhong Have Or Planning A China Visit!