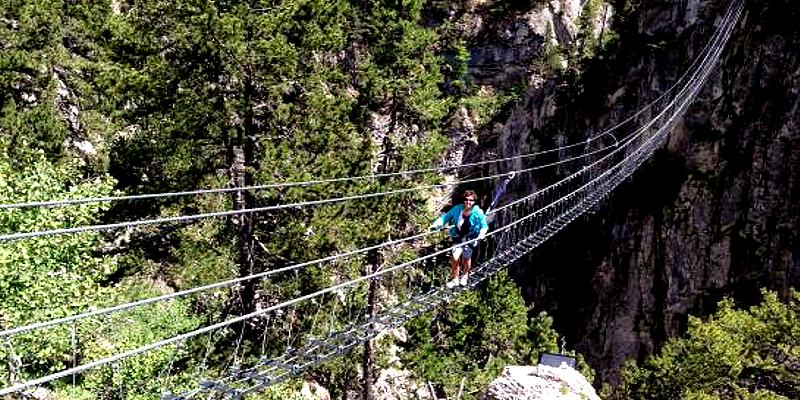 “The City of Celje has presented an ambitious plan to build what would be the longest Tibetan style footbridge in the world. The 505-metre suspension bridge would link the ruins of the medieval castle overlooking the city and St. Nicholas Hill, a historic settlement across the Savinja River.” said the report in the Total Slovenia News on Monday.

The Charles Kuonen Bridge is presently the longest Tibetan style bridge, holding the Guinness World Record, spanning over a length of 494 meters above the Grabengufer ravine, near Randa in Switzerland that was officially opened last year. The hanging bridge for pedestrians are predominantly famous across mountainous terrains of Tibet enabling people to cross various obstacles such as rivers, cliffs, etc.

Though the municipality does not have financial sources as of now for the the record bridge that would at least cost EUR 2.3m and an additional EUR 1m for building new paths. While the officials believe in funding the expenses through public-private partnership or vying for EU funds, it could take at least two years t0 launch the project.