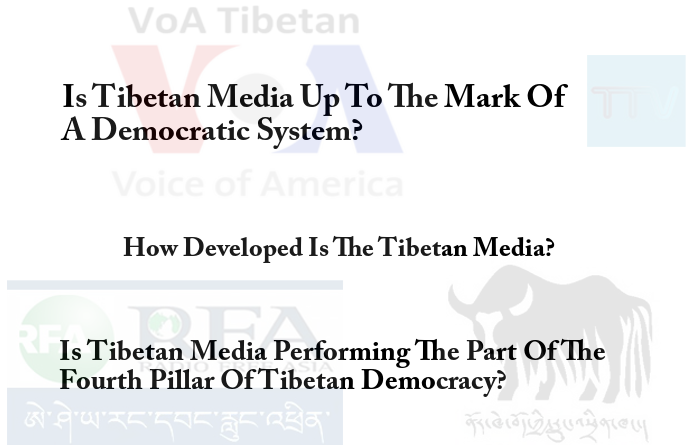 That important aspect of media is lacking in exile Tibetan. Our reasons may vary but we all might have felt the lapses and flaws of our media body during recently held election. Which media channel came forward and put the hottest and realistic questions to our Sikyong candidates? It was neither VOA, nor VOT, nor RFA but people in TIPA auditorium during a debate being organized by NDTP. They raised their voice without any hesitation and fear in order to find a just answer from candidates. Why can’t our Media act like this?