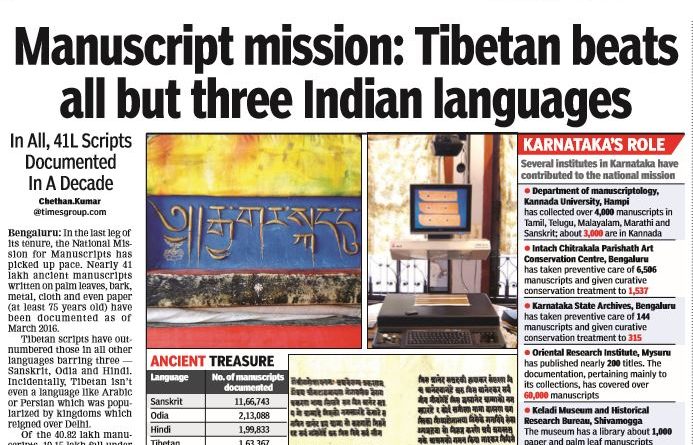 According to a recent news report in the Times of India, the Tibetan manuscripts has outnumbered most of the historical manuscripts documented by National Mission for Manuscripts where it been recorded with most number of documented scripts after Sanskrit, Odia and Hindi. The mission which began about a decade ago have documented around 41 lakh ancient manuscripts written on palm leaves, bark, metal, cloth and even paper (at least 75 years old) as of March 2016 according to the reports.