A delegation of Taiwan’s ruling party led by the party secretary has visited the exiled Tibetan spiritual leader His Holiness the Dalai Lama in India to wish him well. The delegation has informed that they have discussed on various topics such as democracy and freedom in Taiwan as well as about the Tibetan freedom struggle.

Democratic Progressive Party (DPP) Secretary-General Luo Wen-jia and two other party officials recently met with His Holiness the Dalai Lama in India and discuss a variety of topics related to democracy and freedom. The Secretary general has also stated in the statement that they came to wish the spiritual leader well since he had the 84th birthday earlier this month.

Luo Wen-jia in an interview after the audience with His Holiness the Dalai Lama told that it was very joyful moment to meet His Holiness who he described as a very frank, jolly and humorous person with great knowledge about everything. He further added that the delegation members were visit Dharamshala for the first time and they found the Tibetan democratic experience very inspiring for the Taiwanese People.

“We mainly came here to express our good wishes to His Holiness’ health and wish him a happy birthday since his birthday just passed recently. As for whether His Holiness will come to Taiwan or not, we respect the decision of Tibetan people and of course of His Holiness himself,” said the Party spokesperson.

The delegation also met the President of Central Tibetan Administration, Dr. Lobsang Sangay during their tour to India. They visited other Tibetan organizations based in Dharamshala and shared their ideas and experiences. 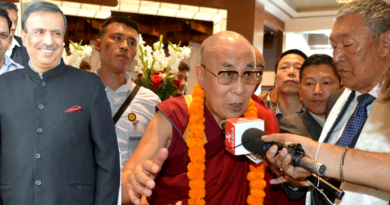 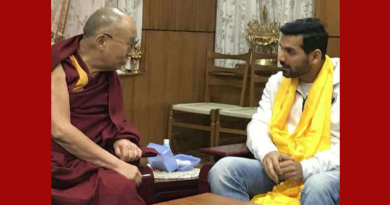 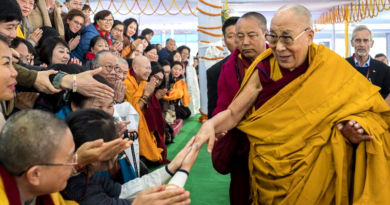