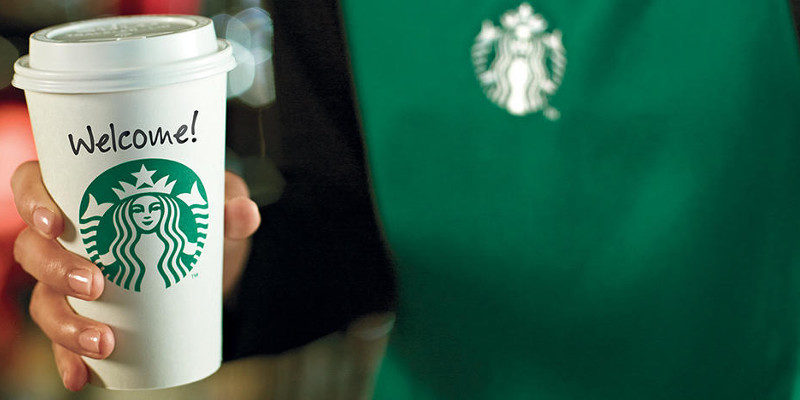 It was a busy day working on the production of my next day’s hour-long show as I work for a TV/radio. My neck and shoulder were screaming out for a much-needed break. Two of my colleagues who were also working so far were about to leave for a cup of coffee outside. I sprang up from my chair and joined them for the recess instantly.

Nearby Starbucks coffee shop has always been one of my favorite getaways, although I don’t like coffee much as I prefer tea. Soon we found ourselves seated at a table and chairs laid outside the cafe with our beverages. It was a sunny and breezy day, where many others were also seated and chatting with one another nearby. Since Kalsang and Yarphel both (name changed) were born and raised in Tibet, I always get to learn something new about my country and China as I was born in exile and never saw Tibet in my life.

“Isn’t the coffee-ish smell adds another layer of flavor to the already pleasant environment out here? Yarphel commented.

“This is how the corporate pulls you to their business. They first play with your smell, then with your taste buds, and ultimately on your brain that will keep bugging to visit them. I am sure, by the next year, I will be drinking coffee, not tea with you two.”  They chuckled at my reply. Yarphel had two beautiful and well-mannered kids. As requested by their Sunday school teacher, who is also my colleague, I had screened one of my earlier films during their recently concluded summer school program at a nearby Tibetan Buddhist center in Virginia.

“Yarphel la, both of your kids were not only bright but also curious. I am truly impressed by their questions afterward, as those queries were expected only from an adult and not the kids of their age.”

“Thank you. But teaching how to speak Tibetan to them was always a challenge for me as their friends in school and neighbors converse in English only.

“So, you don’t speak Tibetan at home?” Kalsang interjected rather sarcastically.

“Of course, we do, but they are not picking up Tibetan as I had wished.”

“But why the need to speak Tibetan in the first place? Isn’t raising kids more about imparting the values of civilization and culture, be it Tibetan or any other language? After all, language only serves as a bridge to access the contents, and for that matter, I don’t think they constitute the core in itself.” I protested.

Yarphel, who was somewhat taken aback with my comment, shot back.

“Why not? Language is one of the most important aspects of culture and civilization, if not the core. We tend to process our thinking in the language we speak in our daily lives, and hence, our experience and the way of life is given shape accordingly. Even some of the Tibetan translators I know share the same dilemma and frustration when it comes to translating Tibetan texts into other languages.”

“That is an interesting scenario you raised, Yarphel la.” Kalsang intervened while sipping his coffee. “For instance, I had spent much of my life in Tibet, and we also have to deal with the same dilemma when China’s influences on our daily life are immense. Many of the younger generation Tibetans who were educated in Chinese schools and places speaks fluent Chinese and not Tibetan. Their friends’ circle were also those of the Chinese and Mandarin speaking Tibetans. Similarly, those Tibetans like me who are educated in a Tibetan school, Buddhist institute, and college mingle with peers from the same background. For your kind information, most of those Tibetans who had raised their voices against the brutal Chinese regime are from our camp. I can also safely say that those who burned themselves and gave their lives up for the cause of Tibet for the last few years are from the same camp.”

“But don’t you think it is unfair to generalize and comment? After all, not everyone is the same.” I replied.

“Of course, not everyone is the same, but this is a sad fact. Almost all of the Tibetans who voiced their concern for Tibet either through writings, poems, songs, or petitions are raised and educated in the Tibetan environment. It is due to this very reason the Chinese are bent upon uprooting Tibetan languages at various schools nowadays.” Since I wasn’t convinced much with his assertion, I asked.

“Then how about those younger generation Tibetans in exiles such as Lhadon Tethong, Pema Yoko and many others who don’t speak Tibetan well, if not at all, still make incredible contributions to our cause? For instance, I am born and raised in the Tibetan environment in exile a hundred percent, but my contribution is only a fraction as compared to theirs. I truly wonder if they can be of the same powerhouse if their parents chose to send them to a Tibetan school. Also, how about the Jews? They are scattered all over the planet and speak their national languages. Those living in Germany speak German, France French, and US English. I highly doubt if any of them speak or understand their supposed core language- Hebrew at all, and still, they managed to keep their tradition and culture so dearly that people respect them. Therefore, I highly doubt if language should necessarily play an important role here. So, it is the content that matters and not the media.”

Kalsang interjected. “But people like Lhadon and Pema are one in a hundred thousand cases. You can’t sample them to prove your point.”

Yarphel, who was quite sipping his beverage, said, “I agree with Kalsang. There are also Tibetans such as Woeser in China who don’t speak Tibetan well, still do wonderful works for our cause. Since we are talking about a nation and its people, we must give due weight to what the general population does and not a few individuals.”

Kalsang and Yarphel’s assertion made me think about my recent trip to Paris, where almost everyone speaks French and not English at all. I also saw a crowd of lawyers, possibly more than a hundred thousand of them lined up with banners and slogans protesting for rights. Interestingly none of them carries a single banner in English as all of these were in lone French. Even those who distribute pamphlets at the side does not carry the English version in their hands. When I asked one of them, a lady what the protest was about, she tried to explain in her broken English, but failed miserably as I didn’t understand at all. Cab drivers, hotel attendants, shop keepers, and metro ticket vendors’ first word they utter out of their mouth, no matter who you are, is none other than the French. They only switch to their broken English when the other person doesn’t understand French. Paris is one of the most visited places in Europe from all over the world, and thrive solely on tourism, I wonder why they care less about other languages than the French. Even in the most famous museums, French is used conspicuously, while English is only a footnote. To cut a long story short, the French held their language highly, and people cherish them dearly.

In the meantime, we just realized that a good chunk of time had already slipped by at the Starbucks. People who were with us earlier had already left and replaced by the newer group who were busy sparking off their discussion. Time had arrived to leave.

Tashi Wangchuk is a Washington DC-based independent filmmaker and TV producer whose earlier works include feature-length films: My Son Tenzin, Richard Gere is My Hero & India’s Doorshan commissioned film: Democracy in Exile among others.

One thought on “Three Tibetans at Starbucks”