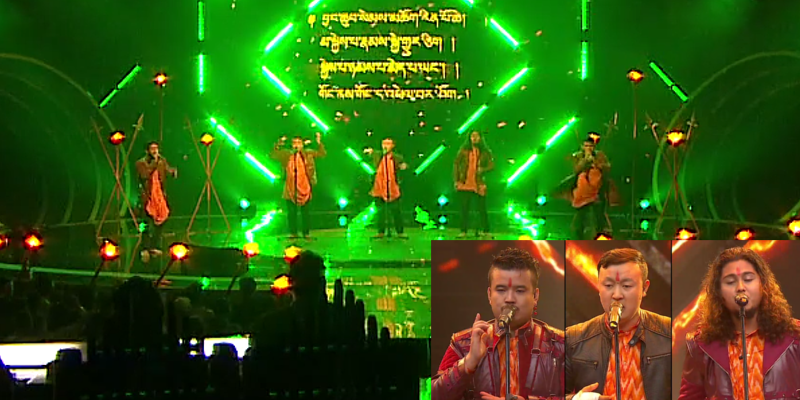 The band called ‘The Mountain Souls ft. Gaurdeep’ which also features a Tibetan youth as a member of the band on the music reality show called ‘Dil Hai Hindustani 2’ on Indian National Television channel, Star Plus after a marvelous opening performance two weeks ago stole the show in their eight episode of the show last weekend.

Tenzin Dhonyoe,  a talented Tibetan professionally a music teacher from Kalimpong along his five man band gave a stellar performance receiving yet another standing ovation from the judges and the audience screaming out ‘once again’ during their third performance on the Dil Hai Hindustani music reality show season 2.

The band’s performance being a soulful festive song specially dedicated to the Ganesh Chataurti festival in India with unique blend their band characteristics, Tenzin Dhonyoe was also seen reciting a prayer from the Tibetan Buddhism while the script in Tibetan language was projected on their background of the stage. The band was instantly awarded the ‘Dil ka Stamp’ signifying their entry into the top 6 of the show.

Dhonyoe studied at Central School for Tibetans in Kalimpong and he was into the music since he was in school and was ranked one of the best singers in the inter-university singing competition when he studied psychology at Sikkim university. Besides singing, he plays drums, guitar, keyboard, harmonica, flute and dranyen, Tibetan guitar.

Apart from being a music teacher, the singing sensation is a senior artist at both the Kalimpong opera troupe and Ganj Jong Doekar; the Himalayan Tibetan Performing Arts, Kalimpong. The show is hosted by Mukti Mohan and Raghav Juyal. Sunidhi Chauhan, Badshah and Pritam are judges in the show. The show is produced by Ranjeet Thakur and Hemant Ruprell under Frames Production. 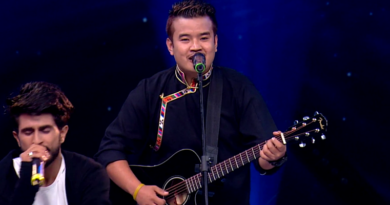