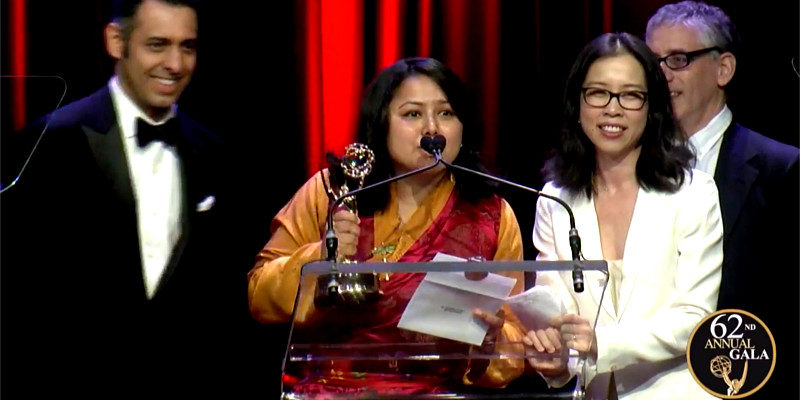 A Tibetan woman has won America’s highest television award, the Emmy for a category in video production on Saturday. The Tibetan origin in the US has reportedly raised a patriotic Tibetan slogan in her acceptance speech at the American television’s prestigious ceremony.

Kunchok Dolma, 21 is an immigrant based in New York has been awarded the Emmy Award in the category of Instructional/Informational Video Production, as the creator/supervising producer of the TV series Rolando’s Rights, according to the report by Central Tibetan Administration.

“A young Tibetan woman in New York, Ms. Kunchok Dolma, won the prestigious America TV award, the Emmy on 4 May. Kunchok Dolma received the award for the TV series ‘Rolando’s Rights’, which she created and produced for her program We Speak NYC at the New York Mayor’s Office of Immigrant Affairs.” said the report published in the official website of Central Tibetan Administration on Monday.

Kunchok Dolma is a Tibetan refugee dedicated to helping fellow immigrants learning English in New York. She was dressed in a traditional Tibetan attire at the 62nd annual New York Emmy Awards Gala. During her acceptance speech, she hailed ‘Victory for Tibet’ in conclusion.

“For all of the adult education educators doing incredible work with limited resources, for the 3.2 million immigrant New Yorkers, making America great again, and again and again. Bhod Gyalo!” said Kunchok according to the report. Bhod Gyalo refers to the patriotic Tibetan slogan with the meaning, ‘Victory to for Tibet’. 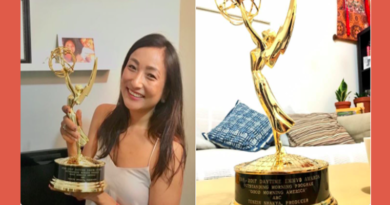