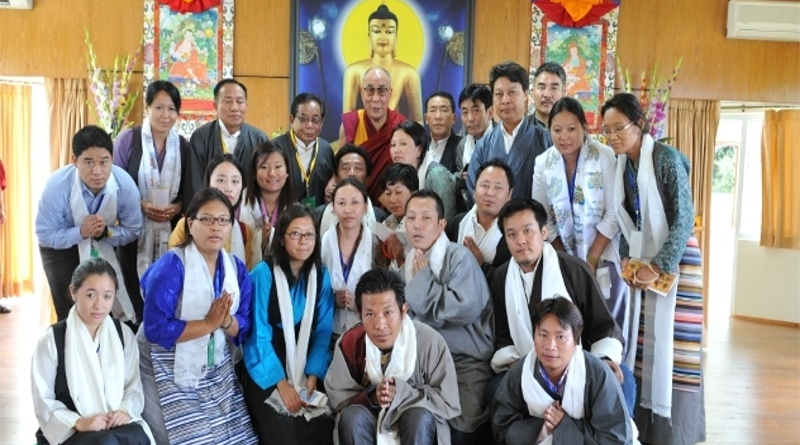 Lawyers and Advocates by profession are known as the social engineers and owing to the fact that we have an extra professional responsibility towards society, for bringing justice to the common mass, they play far more important role in the Tibetan community. Tibetans in the diaspora lived with a peaceful mindset with the utmost effort to avoid conflicts most of the times. Moreover, there is a concept of asserting one’s own rights in the court of justice will not bring fruitful results. Many have avoided the legal battles even if one has to compromise a huge loss. The lack of awareness about law and justices have brought in suspicion and distrust towards the courts in general and lawyers in particular. However it is an individual responsibility to assert one’s rights for the protection of the same.

When I was a freshman in college, His Holiness gave a speech about the importance of legal education and having an organization of Tibetan lawyers and law graduates. But it could not be implemented until some of seniors graduated and the Tibetan Supreme Justice Commission initiated a conference inviting all the Tibetan law graduates in India. Tibetan Legal Fraternity Conference was held in 2013 and the association’s structure had been meticulously drafted.  All the participants had the privilege to have an audience with His Holiness.  His Holiness, with his usual serenity, had showered love and compassion towards the Tibetan legal professionals and aspiring students. His Holiness spoke about the importance of legal education for needy poor in exile community and Indian society at large. Furthermore, His Holiness has given more emphasis on importance of being aware of PRC’s domestic laws and International Laws in restoration of freedom in Tibet. I personally felt highly privileged to have an audience at his residential palace as well as I gathered responsibilities. During the Conference, the founding members were elected and the skeletal structure of the organization was born.

The biggest constraint the Association faced in setting up an office had been the monetary expenditure despite the service-oriented employees were ready to work on a meager salary. The credit for setting up of office goes to Ama Marisa who has been generous enough to pay for the rent of the office. The generosity of Tsompema Ama Marisa and Tibet Fund made the establishment of the Association possible. The Association will and should remain grateful to them.

The Association brought up by the Advocates and lawyers, holds the principles of Law and Justice for uplifting the legal literacy in exile society. “Law is a powerful tool – but only if it is understood well”. Legal literacy means making people aware of their rights and obligations. Spreading Legal education is not only to empower the Tibetan in exile but also a precondition for the progress of the society at large. Even though we have comparatively higher literacy rate, it is often found that literates are confused and helpless when there is infringement of rights enforceable in the court of law. Most of people tend to compromise and leave the culprits at ease.  Tolerance is a great ethical part of religion but tolerance toward culprits is stupidity by law.  Tibetan Legal Association plays a vital role in promotion of legal literacy. Even though it is just five months old since its establishment of a small office in Dharamsala, it has  achieved great success in a short period of time.

It has done a great deal of service to the Tibetan community by promoting awareness among the settlements and schools regarding basic legal education and awareness. It has solved the problems of RC regarding mistakes in spelling of names, extensions and so on. Their clients went through great hardships without getting a proper legal advice before the establishment of the Association and now the Association is proud to say that they solve these problems.

Moreover, there is a rising scope for the Association to present the plight of Tibetans and legal issues relating to Tibetan freedom struggle in the International arena.  The Association has managed to get prestigious memberships to esteemed International Organization such as Asia Pacific Consultation on Refugee Rights Networks. One of such examples is that the Association has been invited to participate for the 6th Asia Pacific Consultation on Refugee Rights. We got the rare opportunity to present on the refugee rights, which has an enormous relevance in Tibetan refugees. The up coming programs will serve more for the Tibetan community. The service-oriented employees are young, energetic and well spirited who are ready to contribute for the betterment of Tibetans by all means.

Thus, this growing Association is a solution to the issues unaddressed, acting locally and globally. The Association strives for a broader mission of a legally informed society. The Tibetan law graduates and legal luminaries will be looking forward to bringing success in creating awareness and making a just society. 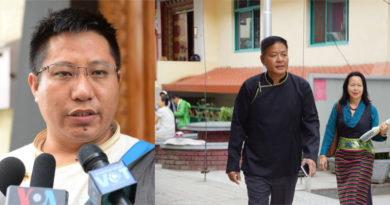 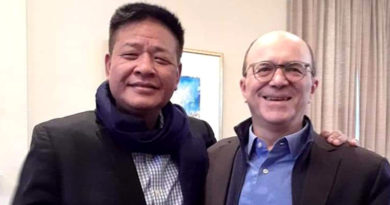 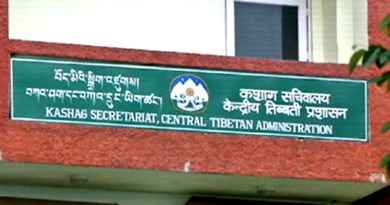 One thought on “Tibetan Legal Association: A Legal Solution to the society”