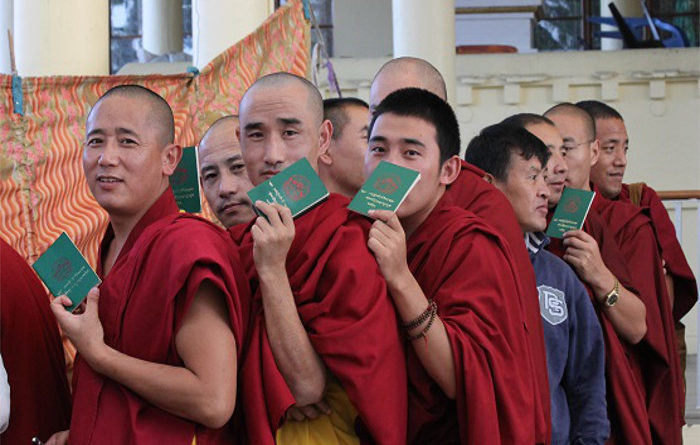 A drastic change has been observed in this past election with different angles of political perspectives by different organizations and individuals around the world. The Chinese Communist Party dubbed it as ‘Slapstick’ because they were able to anticipate this wave around the world and among Tibetans particularly. We are historically inculcated with an idea of quasi-compassionate attitude whenever there is something to be assessed. We don’t like to harm others’ emotion no matter how bad situation he/she is creating because we are basically governed by principles of compassion and kind-heartedness. The thing is to alleviate their breakdown attitude by such quasi-compassionate attitude.

This attitude of quasi-compassionate contradicts the reality of politics in Tibetan polity because it doesn’t come on ground level to be positivistic in terms of debate, argument and analysis etc. As Michael Sandel’s lecture at TED talk on “The lost Art of Democratic Debate” implicitly tells us to be aware of such debate that is happening around us. We all are well aware of our recent Sikyong debate. Isn’t it also “The lost Art of Democratic Debate” in our bonsai polity? We (Tibetans) are highly ambitious in any work. For instance, sweater-sellers aim at high profit by sweating for only couple of months. A Sixty Years experience of democracy is doomed to bring unpleasant atmosphere. Why can’t we take it for granted? Despite His Holiness the present Dalai Lama’s effort, we can’t move forward because our people’s political mind developed after 1980s. Thus, it is not surprising to assess this past election. The worst part of this election is nothing but a creation of disunity amongst Tibetans who could only speak bit about our polity but incapable of entering into mainstream politics.

Politics doesn’t mean optimizing “Freedom of Expression” in order to go against our own kind because it cuts the grass root of our polity. Same is with Dogyal propitiators who are against us through “Freedom of Religion”. Then, what is politics for Tibetans? The power of unity amongst Tibetans in order to achieve our interest i.e. freedom for all Tibetans is our politics. We don’t have to play cunning games within our polity. Instead, we should strive to maintain our identity and struggle. We call it politics. You might not be convinced but this is the reality.

There are two important Japanese words that we must understand. ‘Tatemae’ (the way things appear) and ‘Honne’ (the way things really are) could help us to understand the reality of our polity and its trend in our life. We (Tibetans) tend to be followers of ‘Tatemae’ because we just look at the surface of any entity. Why can’t we then think of its reality? Because we lack capabilities of thinking and analyzing as they are not everyone’s cup of tea. We have few but they are doomed to be scapegoat of any analysis.

I would, therefore, appeal all Tibetans to be rationale and positivistic in order to lift our bonsai polity forward. What are the means to do so?

The recent election has left legacies to be anticipated in future in order to avoid the repetition of the same thing. My previous article titled, “Are you at Liberty to vote?” focused mainly on individual’s liberty to vote. Our liberty to vote is the core principle of Libertarianism because it is an individual’s foremost right. Even govt. is not supposed to curb this right. Neither is individual.

We are easily victimized by certain emotional talks and gestures. Our liberty is implicitly curbed by other individuals. Why can’t we govern our own liberty to vote? For example, if someone says that Dr. Lobsang Sangay is not good, others would put their mind in the same thought. This is not good.

My assumption is simple i.e. our political mental faculty is not matured as of now but the degree of democracy is getting an overwhelming attentions from us. The Democracy is part of the politics, it is not an entire politics. That is very important to be borne in mind.

Politically, sovereign authority of Sikyong is nothing but a contract laid by Tibetans voters in exile who could expect their interest through former’s representation. Thus, the past election has taught us the normalcy of such post. The number of registered voters was around 90,000 and 60,000 out of them voted on final election. This number is a benchmark of democracy because the power of people is evident. Hence, Sikyong is an embodiment of such power.

Socially, there were lots of disturbances in every day’s life because of different sensitive issues. This past election has broadened the demarcated line among three traditional provinces by highlighting their each province’s superiority. Such outcome has worsened the growing unity among Tibetans. I don’t need to go into detail about it as we all are aware about.

In a nutshell, this past election has done nothing but brought despair to His Holiness the present Dalai Lama. If an umbrella is folded while raining, we get drenched. Therefore, it has cursed the social stability.

Psychologically, an indelible doubt seems pervasive because both candidates claimed rigorous reasons for the postponement of Kalachakra. And our psychological capability is so fragile because we are very sentimental which produces so many doubts.

I am very pleased to be able to bring this immature article before you because I could express my concerns about the past and anticipation about the future. These legacies can be examined before we get ourselves into another trap. We are not late. It is the right time to introspect your participation in this election and try to reflect the environment that we created. Thus, this question could bring us better democracy in the near future, specifically 2021, “Are we doomed to repeat the same mistake?” I think we are not but we all should think in this way. 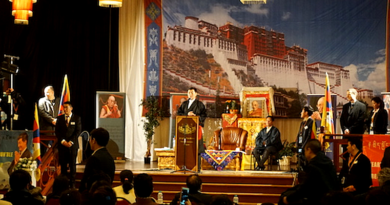 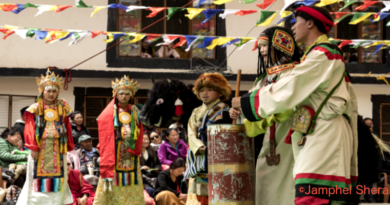 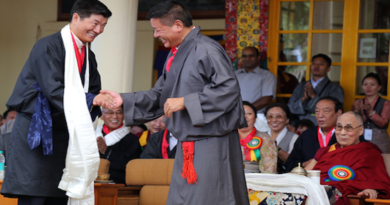 One thought on “2016 Election: legacies to be anticipated”