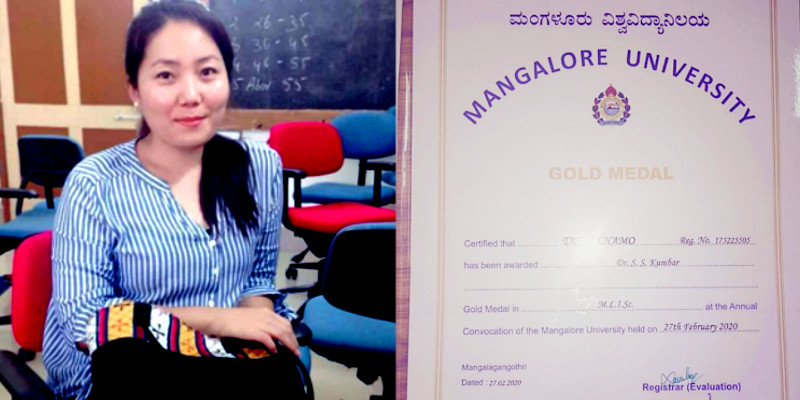 Ms. Tashi Lhamo who was a student of Masters in library and information science at the Mangalore University has been awarded gold medal for securing the highest rank in the university exams. Ms. Lhamo has also been awarded with a cash prize in addition to the gold medal for her achievement by the Indian university.

According to Department’s report, Ms. Tashi completed M.A (Acharya) in Buddhist Philosophy from Central Institute for Higher Tibetan Studies, Varanasi in May 2017. In July 2019, she graduated with Master of Library and Information Science from Mangalore University. She has expressed her gratitude for the support from the department.

Tashi said, “I would like to thank all the Donors and DoE for their generous donations and support over the last two years, without which it was impossible for me to achieve this.”

Tashi Lhamo hails from Kollegal Tibetan settlement. She is working at Shantarakshita Library of the Central Institute of Higher Tibetan Studies, Varanasi, said the report on Friday. 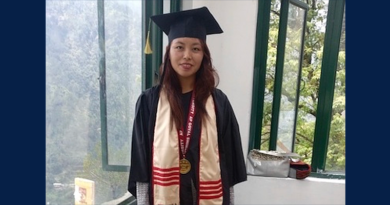 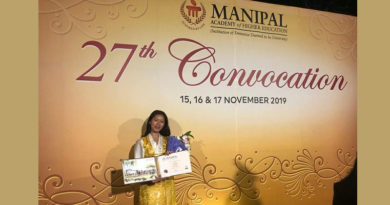 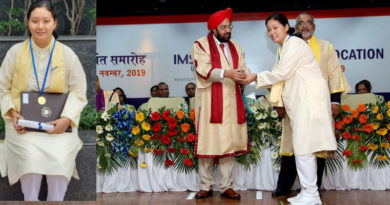