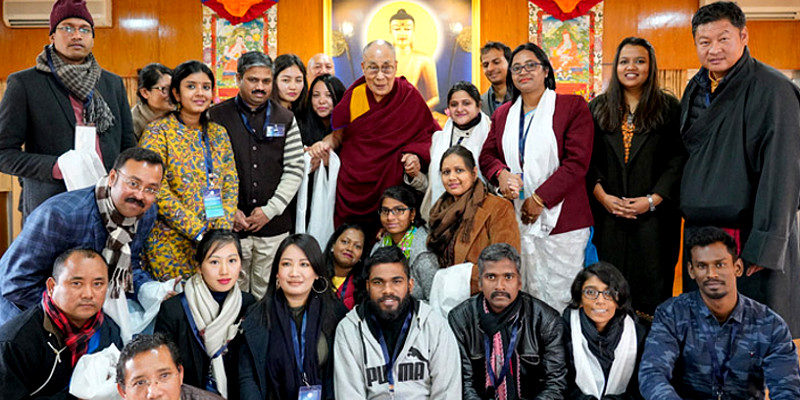 The group of Indian scholars are currently participating in a three-day Conference on Tibetan studies organised by the Tibet Policy Institute of Central Tibetan Administration in Dharamshala. His Holiness the Dalai Lama introduced to the group that the Nalanda tradition of knowledge kept alive in Tibet for thousands of years is not just a religious teaching but a tradition deeply rooted in reason and logic.

“While the precious knowledge that is the core of this tradition may have been forgotten in India, through rigorous study and practice we have kept it alive in Tibet for more than a thousand years. The Nalanda tradition is not just a matter of religious teaching. Within its philosophy and advanced psychology are effective means for dealing with our destructive emotions.  It is a tradition deeply rooted in reason and logic. Following the Buddha’s advice to his followers to investigate what he had taught, great Nalanda masters like Nagarjuna and Chandrakirti examined his teachings in the light of reason and concluded that some were subject to interpretation and could not be taken literally.” His Holiness the Dalai Lama told the group according to official report.

His Holiness also added that many of the problems we face today have their origins in destructive emotions. Ancient Indian knowledge of the workings of the mind can help us understand how to tackle such emotions. This is why he believes there is great potential in India to combine modern education with this traditional knowledge to beneficial effect 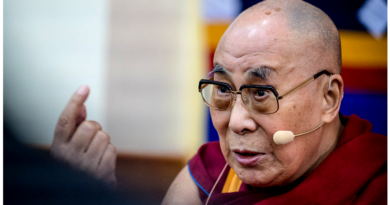 Tibet Can Exist Within China in the Same Spirit as EU Exists: Dalai Lama 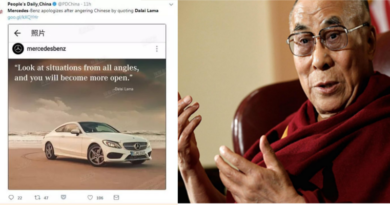 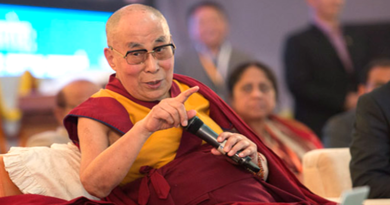 Perfect Example of the Dalai Lama’s Relevance Even on Twitter