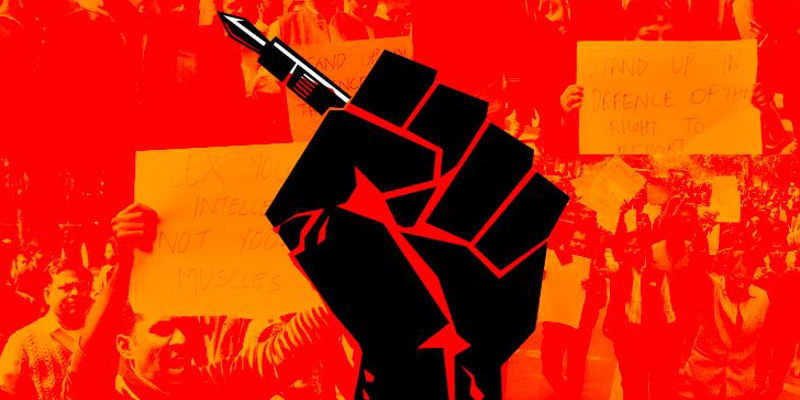 We finished the first half of 2018 with shocking news that broke from America, one of the professed liberal spaces for journalists in a
democracy on Earth. A gunman stormed into the newsroom of a Maryland newspaper in USA and killed five media employees including
journalists. The 28 June 2018 shooting incident at Capital Gazette in Annapolis eliminating news-desk personnel Gerald Fischman, Rob
Hiaasen, John Mcnamara, Wendi Winters etc only reminded that journalists across the globe, not only those working in the conflict zones, are facing a dangerous time.

If the grand democracy turns dangerous for scribes, the largest democracy in the glove maintains its status as a hazardous place for
journalists. India reported the murder of four journalists in the last six months and its troubled neighbor Pakistan follows with the
casualties of two scribes. Another neighbor Bangladesh reported the murder of one editor-publisher since 1 January, whereas other
countries in the Indian subcontinent namely Myanmar, Nepal, Sri Lanka, Bhutan, Maldives evaded any incident of journo-killing in this period. India lost three journalists in mysterious accidents within twelve hours in Madhya Pradesh and Bihar on 25 &26 March 2018. Sandeep Sharma (36), a dedicated reporter of Bhind locality of MP, was deliberately mowed down by a truck in the morning hours, following which the News World reporter succumbed to injuries in the hospital. Sandeep used to contribute media reports against the sand mafia and he received threats.

On the previous night, two scribes namely Navin Nischal and Vijay Singh were hit by a luxury vehicle in Bhojpur locality of Bihar and died on their way to the hospital. Navin (35), who used to work for Dainik Bhaskar and Vijay (26), who was associated with a Hindi magazine, were riding on a two-wheeler when the accident took place. Lately sensation prevailed in the country following the murder of well-known Kashmiri journalist Syed Shujaat Bukhari, who was shot dead in Srinagar on 14 June by a group of militants. The proprietor & chief editor of Rising Kashmir, Shujaat earlier faced similar attacks in 2000 and 2006. The brave and outspoken journalist was since provided
government security. But this time, both of his security guards namely Hamid Chaudhary and Mumtaz Awan also died facing the bullets of
hardliner Islamist forces.

Starting his career in Kashmir Times, Shujaat shifted to The Hindu as its Kashmir correspondent. Later he established Kashmir Media  House that publishes English daily Rising Kashmir, Urdu daily Buland Kashmir and Kashmiri daily Sangarmal. Hailed from Kreeri locality in Baramulla district, Shujaat left behind his parents, wife and two minor children. He was cremated on the day of Eid after Ramzan’s fasting days in his home place.

On 3 July last, the RSF secretary-general Christophe Deloire wrote to Indian Prime Minister Narendra Modi asking him to take urgent action against all kinds of physical and mental assaults to media persons in the country. Deloire also revealed that the incident report relating to world press freedom index was issued focusing on India. Mentionable is that the Paris-based media watchdog had issued such a
report for the first time focusing a country, where it observed with concerns over various challenges to freedom of the press. The RSF
finally warned the Bhartiya Janata Party led federal government in New Delhi that the country was on verge of degrading its position further in the global press freedom index.

An RSF statement mentioned about other Indian media victims of assaults namely Satyendra Gangwar, who was  shot on 22 June by the
mining mafia gang in Uttar Pradesh, Suman Debnath, who faced severe attacks by the goons on 18 June in Tripura and Patricia Mukhim, whose residence was attacked with a kerosene bomb on 17 April in Meghalaya. It also added that  a sharp increase on online abuse and harassment to journalists in addition to relentless intimidations by police personnel, bureaucrats, politicians and other criminals was observed, which has been deteriorating the working atmosphere for media persons across India. The RSF also cited examples where author-journalist Rana Ayyub, television anchor Ravish Kumar, senior reporter Debabrat Ghose etc were subjected to hate online messages.

Pakistan lost journalist Anjum Muneer Raja, who used to work in Urdu daily Qaumi Pukaar, to assailants on 1 March. Raja, 40, was shot dead by the miscreants in Rawalpindi locality, while he was on his way to home in the late the evening. The second case was reported on 27
March, when Zeeshan Ashraf Butt, a journalist from another Urdu daily Nawa-i-Waqt, faced the bullets. Butt, 29, was allegedly targeted by
Begowala union council chairperson.

Bangladesh reported the murder of Shahzahan Bachchu on 11 June at Munshiganj locality. Editor of Amader Bikrampur, Bachchu was
suspectedly targeted by Islamist forces for his free-thinking comments. Various international rights bodies condemned the murder of
Bachchu and urged the authority for genuine probe to find the culprits.

The 2017 was reported to be a deadliest year for journalists, as the International Federation of Journalists (IFJ) claimed the casualties
as high as 82. India witnessed the murders of Hari Prakash, Brajesh Kumar Singh, Shyam Sharma, Kamlesh Jain, Surender Singh Rana, Gauri Lankesh, Shantanu Bhowmik, KJ Singh, Rajesh Mishra, Sudip Datta Bhaumik, Naveen Gupta and Rajesh Sheoran in the bygone year. Among those casualties, northeast’s tiny State of Tripura reported two incidents of journo-murder within few weeks. Shantanu Bhowmik, a young television reporter was beaten and stabbed to death during a protest demonstration at Mandai locality of western Tripura. On the other hand, Sudip Datta Bhaumik, who used to work for a Bengali newspaper, was shot dead by a Tripura State Rifles constable at RK Nagar locality in the same area.

Both the murders created sensation in northeast India and the then State chief minister Manik Sarkar received widespread criticism from
various quarters. Earlier the Communist chief minister had to digest brickbats following the murder of three media employees (Sujit
Bhattacharya, Ranjit Chowdhury and Balaram Ghosh) in Agartala during 2013.

By now, Tripura has a BJP led government and the new chief minister Biplab Kumar Deb, following the saffron party’s poll promises,
recently handed over the cases of Shantanu and Sudip to Central Bureau of Investigation for higher probes. Meanwhile, the CBI  booked three tribal leaders namely Dhirendra Debbarma, Balram Debbarma and Amit Debbarma in connection with Santanu’s murder. It may be mentioned that Dhirendra is a legislator nominated by Indigenous People’s Front of Tripura, which is an ally to the ruling coalition government in Agartala.

In 2017, Pakistan lost seven journalists namely Muhammad Jan, Taimoor Khan, Abdul Razzaque, Bakshish Ellahi, Haroon Khan, Samar Abbas & Utpal Das along with a novice scribe (Mashal Khan) to assailants. On the other hand, India’s other neighbours namely  Bangladesh, Myanmar and Maldives witnessed the murder of one scribe each last year. According to the Committee to Protect Journalists (CPJ), over 260 scribes were facing imprisonment in 2017 for their works. Turkey, for the successive second year, emerged as the country with the highest number (73) of reporters imprisoned, which has been followed by China (41), Egypt (22), Eritrea (11), Azerbaijan (10), Bahrain (9), Iran & Syria (7), Uzbekistan (6), Saudi Arabia (4) etc. The Indian subcontinent reported the imprisonment of around twenty five media employees, where Bangladesh leads (10) followed by Myanmar (5). Besides imprisonments, many media persons are being abused and physically assaulted in different countries for their journalistic activities.

While international media rights bodies like RSF, CPJ, IFJ etc have raised voices for justice to all slain media persons, the media
fraternity in the Indian subcontinent continue pursuing for a pragmatic action plan to safeguard the journalists in the line of military, police and doctors on duty. They have put their arguments loud & clear that if the nations want the scribes to do the risky jobs for the greater interest, their security along with justice must be ensured. 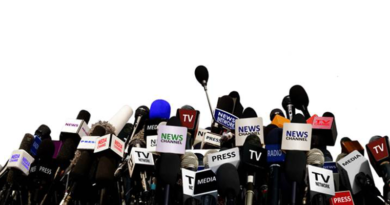 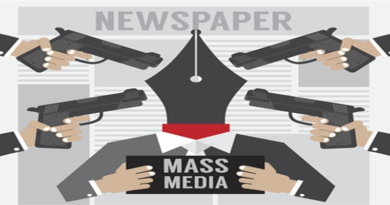 Neutralizing the Messengers of India