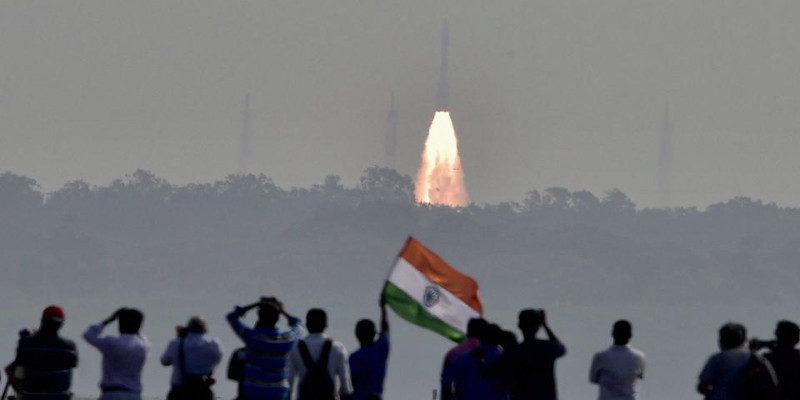 It is very rarely that Global Times, the mouth piece of China’s ruling party speaks positively about India. India’s recent success in recent times has made them take notice of the widening gap between the two Asian powers in commercial space market.  It also said that China must reduce the cost of its satellite launches to compete with India. India can launch satellites into orbit at a fraction of cost of similar launches by other countries.

On February 20, Global Times reported that China will now take the commercial satellite launches more seriously and expand its share in the global market.

Chinese space officials, on February 15th, gathered to discuss and analyze as in what steps it must take to increase its share in a fiercely competitive and lucrative global market.

There is a stark difference between the two countries inasmuch as their space orientations are concerned. China has focused on big targets like manned mission to space and moon, whereas India has focused in a different direction. China has announced that a Chinese space station will become operational in 2022. It also plans a mission to Mars and land a rover on its surface by 2020. This is around the same time when India is planning its second Mars mission. India became the first country in Asia to reach Mars (read its orbit) in 2014. The mission took off in December 2013.

China aspires to be among the Top 3 space powers and plans to use its space prowess for nation building. A recent white paper published in December 2016 said, “The Chinese government takes the space industry as an important part of the nation’s overall development strategy.” It also made references to Indian space program and its cost effective satellite launches which has helped India leap ahead in the multibillion dollar global business.

ISRO, the Indian space agency has expressed its desire to work in collaboration with its Chinese counterpart, the CNSA. But off the record many Indian officials have said that this is a race where China must be beaten. Though ISRO doesn’t yet have a very structured doctrine like the CNSA which aspires to be alongside USA and Russian agencies by 2030. For now, we can say that a space race is taking place in Asia and next few years shall reveal that which country is going to take lead but in the end its good for Asia.