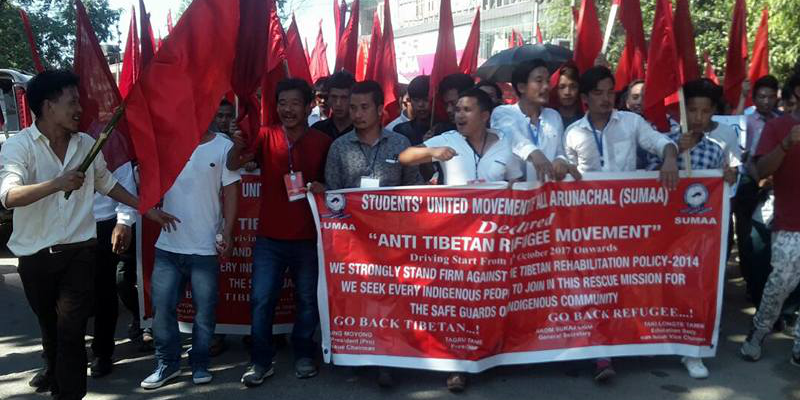 A student body rallies against Tibetan refugees in Arunachal Pradesh yesterday in the Indian state capital, Itanagar. The Students United Movement of All Arunachal (SUMAA) carried out a mass rally against the Tibetan Rehabilitation Policy 2014 that was implemented in to the state in August this year.

“The Students United Movement of All Arunachal (SUMAA) stirred a massive rally against the Tibetan Rehabilitation Policy (TRP) 2014 on Tuesday amidst unprecedented security blanket imposed at Itanagar by the district administration.” said the news report in Arunachal Times.

The rally displayed banner saying ‘anti-Tibetan refugee movement’ and the students took part in the rally beginning from the Ganga market and concluded at the Nyokum Lapang in Itanagar yesterday.

Tibetan Rehabilitation Policy (TRP) 2014 amended by the Central government of India to provide a uniform policy to all the Tibetan refugees in various states of the country was adopted by other states like Himachal Pradesh, Uttarakhand, Karnataka. The government of Arunachal Pradesh also proposed to implement the TRP 2014 on August 12 this year.

However, several organisations such as SUMAA protested the government decision claiming that the Tibetan policy is harmful to the livelihood of the indigenous people of the state. SUMAA demanded the state government to revoke the decision on Tibetan refugees. The state government led by Shri. Pema Khandu explained that the policy was not yet fully implemented in the state, it will only be implemented after the state framed its own refugee rehabilitation policy. The Chief Minister also said that the TRP will not cause any problem to the indigenous people of the state.

Earlier, SUMAA warned that they would verify the documents of Tibetans practicing various economic activities in the state but the government issued notice declaring it would be illegal by constitution. The student body gave the ultimatum for October 10th on which they organised a protest rally against the Tibetan refugees in the state. 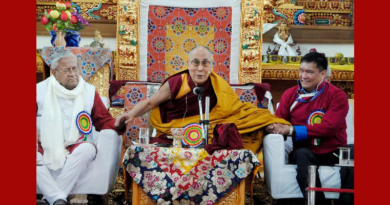 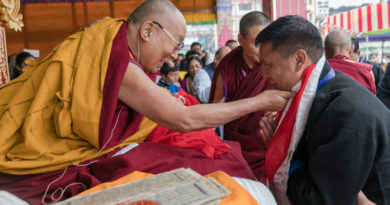 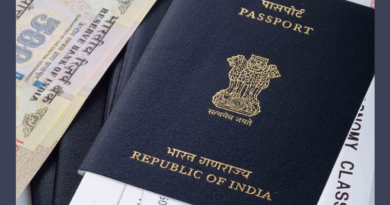