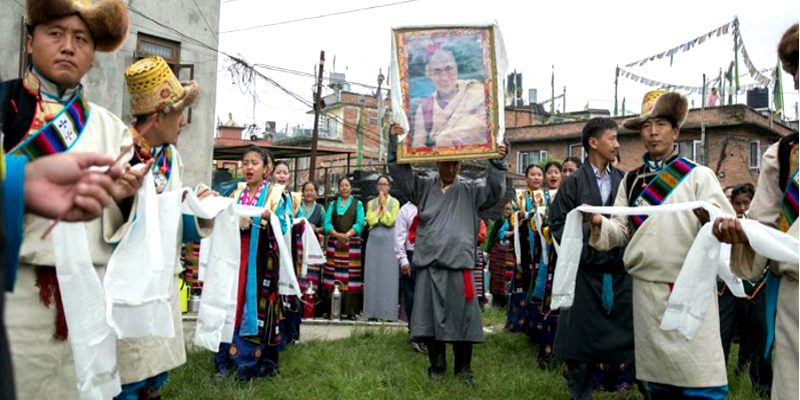 Tibetans in Nepal have been able to mark the auspicious occasion of their spiritual leader His Holiness the Dalai Lama’s birthday this year according to the special report in Voice of Tibet. The grand celebration of His Holiness’ 83rd birthday was also organised at the presence of various foreign dignitaries in the country, including the US Ambassador to Nepal.

At Jawalakhiel Tibetan settlement in the capital of Nepal, Kathmandu, a grand ceremony on July 6 was organised successfully in contrary to incidents of the past where the local authorities at the behest of China’s pressure restricted the Tibetans from organising such ceremonies. Besides the ceremony was presided over by President of Nepal Buddhist Association, Acharya Karma Yeshi Sherpa and the US Ambassador to Nepal. In addition many other distinguished guests, many Tibetans also gathered for the occasion to celebration the special day in Nepal!

However, the Chinese authorities in anticipation of Tibetans making public celebrations on the auspicious occasion of their spiritual leader His Holiness the Dalai Lama’s birthday, heavy armed forces have been deployed across various Tibetan towns and villages in Tibet leading to the local Tibetan residents to remain fearful and intimidated.

Legion of well-wishers and devotees in Ladakh celebrated the 83rd birth anniversary of the Nobel peace laureate and preeminent Tibetan Buddhist leader, His Holiness the Dalai Lama by presenting him a 113-spoke Golden wheel of Dharma and devout prayers for his long and healthy life according to the report in the official website of Central Tibetan Administration.

“In the Buddhist tradition, the best offering is the offering of practice and implementation of guru’s teachings. All my friends present here, I ask each one of you to do something to contribute towards creating a happier, peaceful world and cultivate peace of mind within yourself.” His Holiness addressed the gathering adding that change in the world starts with an individual. 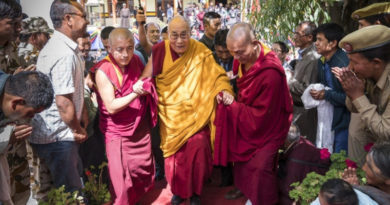 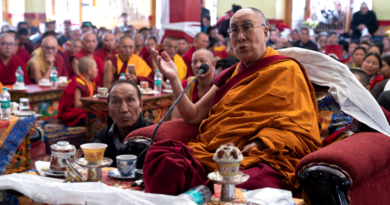 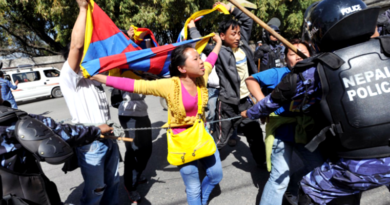 Tibetans in Nepal Advised not to Hold March 10 Rallies