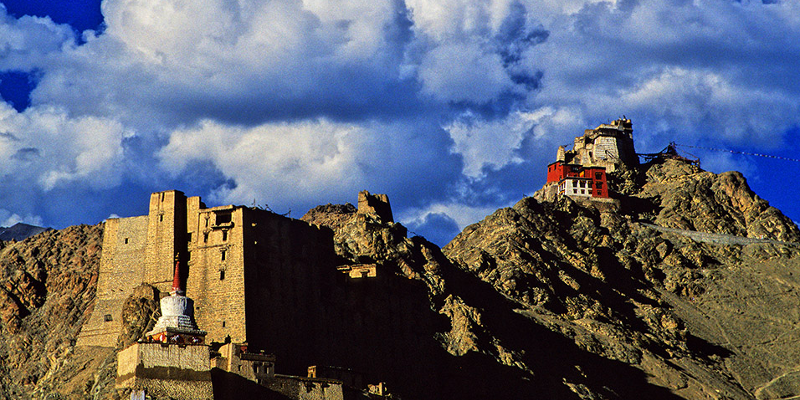 Ladakh shares landscape and culture with Tibet. Potala Palace in Lhasa and Leh Palace share a striking resemblance. The former is a splendid structure and a treasure of world civilization. But China has been using its policy of promoting sectarianism in Tibet to its cultural extension Ladakh.

Like Tibet, Ladakh also does not get much media coverage despite being more than 60 % of Jammu and Kashmir. But there is much to worry for India in Ladakh. There are credible reports that China may be extending its influence there. China has used policy of promoting sectarianism in Tibet since decades. In fact it has commissioned researches which were specifically aimed to prevent emergence of a Pan-Tibetan identity.

China, a communist country, has been quietly paying for the restoration of art and artifacts in Ladakh in the border region. Around 260 Drukpa-sect monasteries have received major part of this assistance. Ladakh has received some attention in policy circles in India but much attention hogged by Kashmir valley. The Indo-China war of 1962 is still fresh in minds of Indian defense experts and Chinese defense analysts as well. The Depsang incursion (2013) shows that this region shall get more attention in Indian defense policy circles.

Ladakhis are largely from the Drukpa sect, which has a distinct Indian heritage and was founded by the Indian scholar Saint Naropa in the 11th century. According to the locals, monks from the Tibet-origin Karma Kagyu sect have been coming to Ladakh with cash and restoration skills. But behind the facade of restoration, the ancient paintings and sculptures have been removed and sold in the international market and to keen Chinese buyers.

When unable to pay the high interest loan the monasteries have been compelled to hand over their administration. This is well tested strategy used by the Chinese.

The Chinese have successfully used this strategy in Sri Lanka and other countries to which they have given high interest loans. But what they have used in Tibet and what they are attempting now in Ladakh is particularly dangerous. By doing so not only they are polluting Tibetan and Ladakhi culture but they are also destroying intangible heritage which is treasure of human civilization.