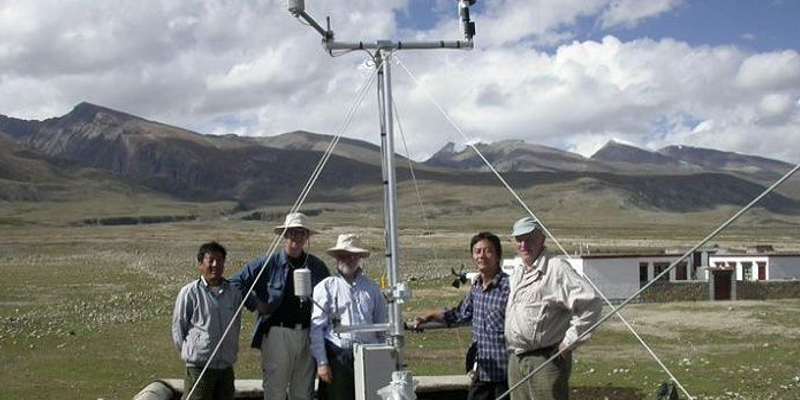 Learning lessons from the two months long Doklam standoff, China has established an automatic weather observation station in Tibet. This unmanned weather station has been set up near Arunachal Pradesh border. It will provide crucial meteorological support to military. It is also aimed at improving ‘civil-military’ ties in the Tibet.

This weather center is located in Yumai Township under Lhunze county of Shannan Prefecture in Tibet. It will perform a very important function of gathering information crucial for road construction and maintenance of local pastures which are important for sustaining the environmental balance in this region. This station will accurately measure six factors – air temperature, air pressure, wind speed, wind direction, humidity and precipitation.

In words of the local secretary of the Chinese Communist Party this weather station will fill the gaps in meteorological and hydrological information. He further said that it would facilitate aircraft and missiles operation in case of a “regional live-fire conflicts”.

This dual purpose weather station will indeed give a strategic advantage to Chinese military which is now elevating war preparedness levels in the region.

China is also planning to set up more such stations in Tibet in the areas bordering India. The Doklam standoff has unveiled Chinese military’s weaknesses in the border regions with India.

Though Chinese authorities are saying that this would help in improving civil-military ties but past experiences tell us that these tactics do not work as Tibetans are overwhelming opposed to any control of Chinese military.