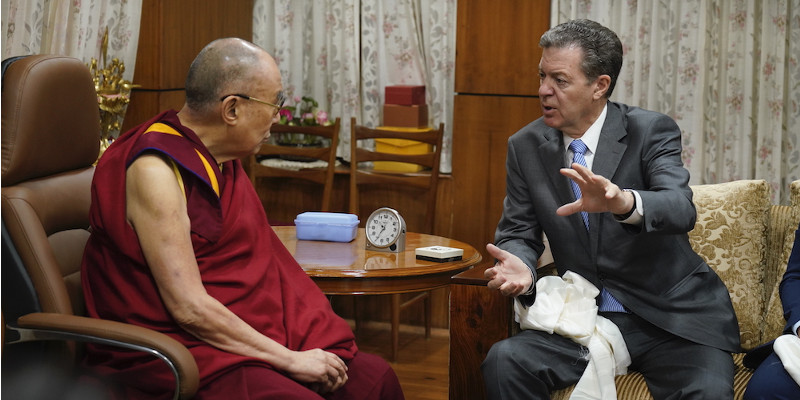 US ambassador-at-large for religious freedom, Samuel D. Brownback said that China should change its Tibet policy. The high level US official published an article in The Week and it calls for free practice of faith. Brownback writes that selection of Tibetan Buddhist leaders rest with the Dalai Lama and his people. The complete article is as following;

Religious freedom is a universal right. To have a faith or not, to convert, or to pick a different course of action is an individual’s right. The government’s role in all of this is simple. It is to protect the right of religious freedom.

I reaffirm the US commitment to raising Tibetan issues with the Chinese government at multiple levels. American officials are making continuous efforts to establish conditions that lead to a direct and meaningful dialogue between China and his holiness or his representative—without preconditions—that can lead to a sustainable settlement. The US urges China to change its policies in Tibetan areas that have created tension. There is a need to respect and preserve the distinct religious, linguistic, and cultural identity of the Tibetan people and permit Tibetans to express their grievances freely, publicly, peacefully, and without fear of retribution. China should fulfil its human rights commitments by protecting the internationally recognised right to religious freedom to all individuals and respecting the human rights of members of all religious groups. Doing so will further peace, stability and security in China and among its neighbours.

To ensure accountability for those who commit human rights abuses around the world, the US state department has designated China as a ‘country of particular concern’ under the International Religious Freedom Act of 1998 for engaging in or tolerating particularly severe violations of religious freedom.

Religious intolerance is on the rise around the world, touching every continent. There have been increases in anti-Muslim, anti-Semitic and anti-Christian rhetoric and also a rise in xenophobic incidents. Tragically, this intolerance and hatred is a social contagion. It is seeping into the moral fabric of a society, giving way to religious discrimination, xenophobia and even violence. It causes strife and deepens rifts, polluting the society from the inside out. Finally, the rise of non-state actors who seek to persecute members of religious communities, including those of no faith, has become an international problem. These actors threaten security within our own countries and frustrate our efforts to realise greater global stability. This is why the discussion of religion as a means to achieving greater peace is so important.

Through our efforts, we are chasing a very simple, but important dream: that one day people around the world will be able to worship freely and believe in what they want.” 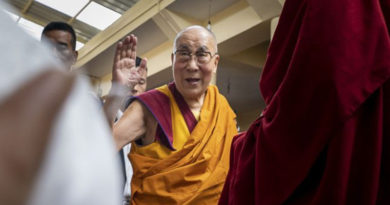 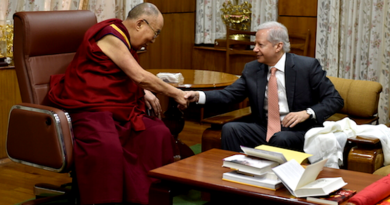 One thought on “China Should Change its Tibet Policy: US Ambassador-at-large”