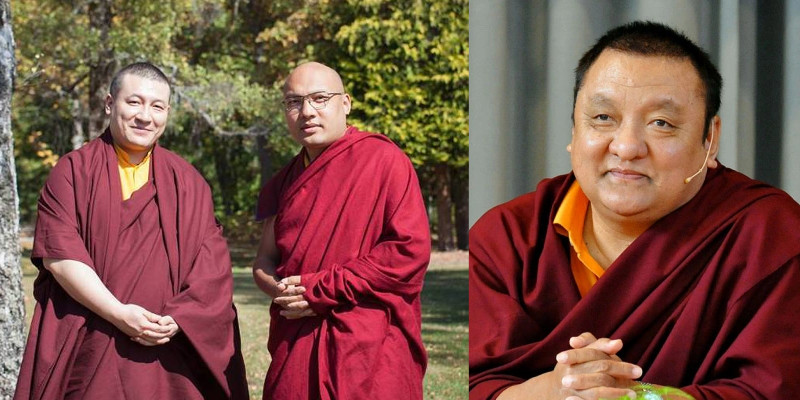 Two Karmapas, Ogyen Trinley Dorjee and Thaye Dorjee plans to jointly identify Shamar Rinpoche’s reincarnation without any sides of confusions. The widely recognized claimants to the title of Karmapa, the highest leader of Karma Kagyu sect of Tibetan Buddhism are working on clearing the controversy surrounding them since many years.

The two claimants of the title of Karmapa have announced plans to jointly identify the reincarnation of the 14th Sharmapa, Mipham Chokyi Lidro, who passed away in Germany on 11 June 2014. The announcement is aimed at helping to solidify the unity between the two leaders, who have been at the heart of a controversy concerning who is the rightful 17th Karmapa, according to the Buddhist Outdoor.

Karmapa Ogyen Trinley Dorjee in his message at the 37th Kagyu Monlam in Bodhgaya mentioned about the plan. He has explained that the two Karmapas are planning to recognize the reincarnation of Shamar Rinpoche without any sides or confusions.

“It is extremely important that Shamar Rinpoche’s reincarnation be recognized without any mistake or confusion, without any “our side” or “their side.” Having a unanimous recognition is absolutely crucial for Buddhism in general and our lineage in particular, and with this in mind, Gyalwa Thaye Dorje and I intend to cooperate in the search and recognition,” Ogyen Trinley Dorjee said on Sunday at the 37th Kagyu Monlam in Bodhgaya, according to Phayul.

“I see the reincarnation of Shamar Rinpoche as a crucial point for bringing unity to the Kamtsang and am putting effort into it. If the reincarnation of Shamar Rinpoche is disputed, in the future all the Kamtsang high lamas will be disputed and the Kamtsang will be completely split. The attachment and hatred will be the same as in a feud that lasts for generations. If we fall under its power, all the majesty and power of over 900 years of history will be destroyed.” he has added.

Shamar Rinpoche, also known as the Shamarpa, is another influential lineage of reincarnated lamas in the Kagyu tradition, dating to Drakpa Senge (1283–1349), who was a student of the third Karmapa. Historically, the two lineages have held close ties and the Karmapas and Sharmapas have often acted as alternating teachers and disciples.

The two Karmapas, His Holiness the Ogyen Trinley Dorjee and Thaye Dorjee  met together for the first time in a rural part of France last year and discussed about working together in the future. Following the historic meeting, the two issued a joint statement in three languages. 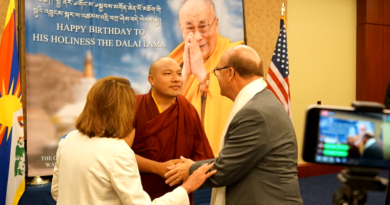 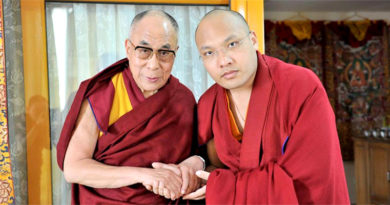 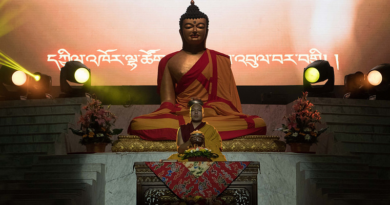