The following is CTA’s fact sheet about Tibet’s missing Panchen Lama, Gedun Choekyi Nyima. Central Tibetan Administration’s department of information and international relations (DIIR) published an article titled, Ten Facts About The Missing Panchen Lama on today. The 11th Panchen Lama, Gedun Choekyi Nyima is presently one of the longest serving political prisoners in the world while he is also the youngest political prisoner in the world when he was captured at the age of six in 1995 by Chinese government.

On May 14, 1995, Gedhun Choekyi Nyima, aged six, was recognized by His Holiness the Dalai Lama as the 11thPanchen Lama of Tibet. Three days later, on May 17, 1995 he along with his family went missing. Since then, their whereabouts remain unknown and Gedhun Choekyi Nyima is one of the world’s longest serving political prisoners.

A number of Human Rights experts and UN Working Groups have called for the well-being and whereabouts of Gedhun Choekyi Nyima to be made public.

A year later, in May 1996, the Chinese government admitted for the first time that Gedhun Choekyi Nyima and his family were under “protection.” China’s admission to holding the Panchen Lama appeared only after a series of concerns raised by the UN experts and the written communications addressed to PRC by the Committee on Rights of Child (CRC).

Gedhun Choekyi Nyima’s case was also included in the list of ‘10 longtime political detainees of concern’ to the United Nations Human Rights Commission. Louise Arbour, the then UN Human Rights Chief raised the case during her visits to China in August 2005.

A month later, the UN Committee on the Rights of the Child (CRC) has publicly acknowledged the case of Gedhun Choekyi Nyima as one of its outstanding cases, yet to be resolved, and called upon China to receive an independent expert to visit and verify the well-being of Choekyi Nyima.

On 8 April 2011, the United Nations’ Working Group on Enforced and Involuntary Disappearances has publicly stated: “Gedhun Choekyi Nyima disappeared in 1995 when he was six years old. The Chinese authorities have admitted to taking him. They have continually refused to divulge any information about him or his whereabouts, making his case an enforced disappearance.”

In 2000, during a UK-China bilateral human rights dialogue held in London, two photographs: a boy writing in Chinese on a blackboard, and another photo of a boy playing table tennis claimed to be of the Panchen Lama were shown to British delegations, but were not handed over to them.

In 2006, a senior Canadian official pressed for access to Choekyi Nyima during a visit to Tibet, but the request went unheeded.

In 2010, Padma Choling, the Governor of Tibet Autonomous Region told reporters that Gedhun Choekyi Nyima and his family is now living a “good life as ordinary citizens in Tibet.”

In September 2015, Norbu Dhondup, a Chinese official from the United Front Work Department of Tibet Autonomous Region (TAR) told reporters that Panchen Lama is living “a normal life, growing up healthily and does not wish to be disturbed.” 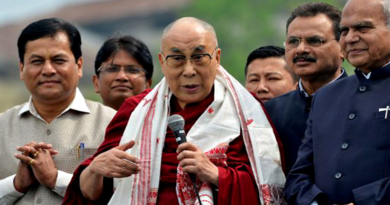 India Clarifies of No Change on Dalai Lama Stance 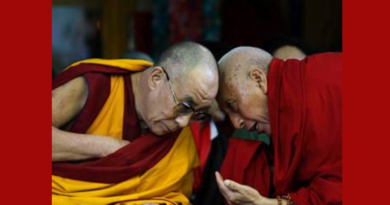 Neither Dalai Lama Nor Samdhong Have Or Planning A China Visit! 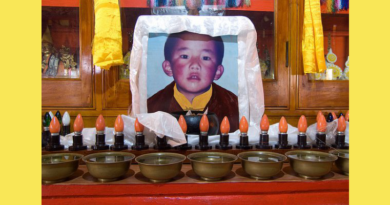