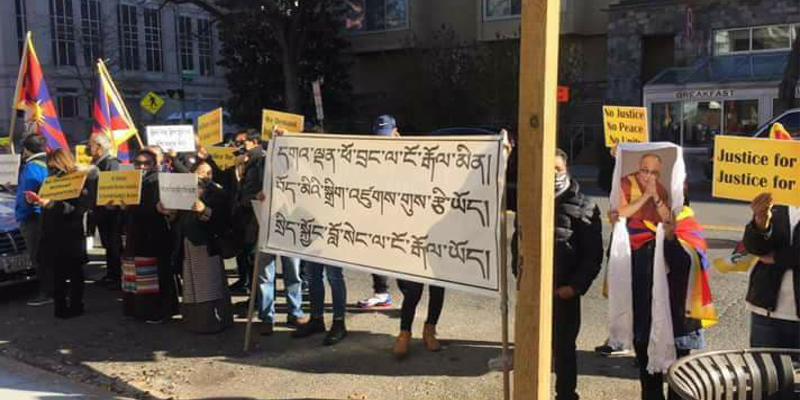 A group of Tibetan public has gathered outside the Office of Tibet building in Washington D.C. to protest against the Kashag’s decision to remove Mr. Penpa Tsering from the position of Representative to North America earlier this month. The Tibetans gathered this morning have come from different cities they said.

Kashag, the cabinet of Tibetan government in exile led by Sikyong Dr. Lobsang Sangay earlier this month announced to replaced the incumbent Representative Mr. Penpa Tsering on accounts of a growing trust deficit, under performance and insubordination. The removal of incumbent representative was mentioned as per Chapter 1 Article 1(3) of the Tibetan Charter and Article 19(1) of the Tibetan Public Service Commission rules and regulations and the Education minister (Kalon), Mr. Ngodup Tsering was appointed in his place.

However, the Kashag’s decision was not well received by many Tibetans claiming that the Dr. Lobsang Sangay led cabinet has not been justifiable with regard to Mr. Penpa Tsering. While Kashag had already issued a public clarification of the decision with ten points of reasons in removing the representative, the protesters are contesting that there has not been transparency from Kashag and demands for an independent committee to review the decision according to the press release they have share to the public in Facebook.

Yesterday, a group of around 90 Tibetans made a similar demonstration against the removal of the representative near the seat of Central Tibetan Administration in Dharamshala, India.

As per the Kashag’s decision, Mr. Ngodup Tsering will be taking over the Office of Tibet, Washington D.C. as the new North America Representative of His Holiness the Dalai Lama and Central Tibetan Administration in Dharamshala from beginning of December this year. The new representative who recently came from Dharamshala received a private audience from His Holiness before setting off to United States for the office handover. 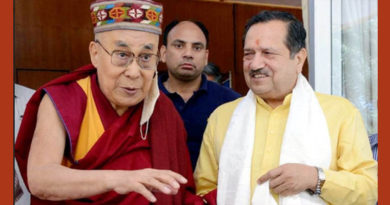 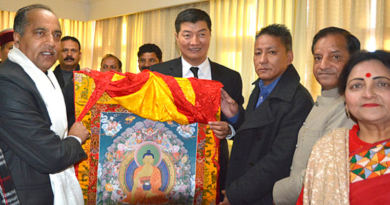 5 thoughts on “Group Of Tibetans Protest Outside Office Of Tibet, Washington D.C.”