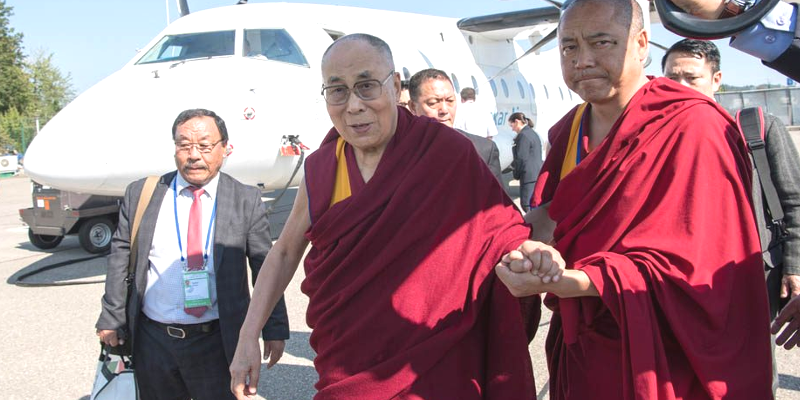 “Good morning, dear brothers and sisters. I make a point of clarifying that the 7 billion human beings living on this planet today are emotionally, mentally and physically the same. We all want to live a happy life and don’t want to suffer. We have a marvellous brain which is very helpful when it comes to analysing and investigating reality. Our intelligence can bring us peace of mind, or it can destroy it. Using our intelligence to understand moral principles we can learn to cultivate warm-heartedness and infinite altruism.” His Holiness the Dalai Lama addressed the gathering of around 1500 people at the dialogue on Happiness and Responsibility.

According to the report in OHHDL, His Holiness was invited to lunch in the vaulted foyer of the City Hall at the end of which he drove to Mannheim from where he flew to Zurich. Tibetans had mounted a traditional welcome outside the hotel, whose driveway was lined with Tibetan flags. There were Tashi Shölpa dancers and Tibetan youngsters offering the ‘Chema Changpu’. 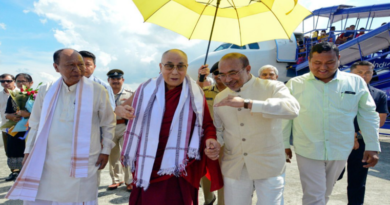 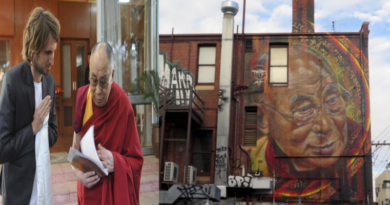 Australian Artist Paints Dalai Lama On A Building In Melbourne 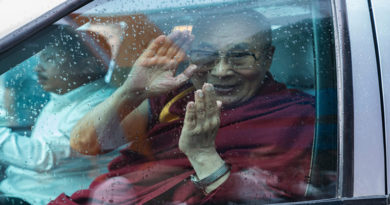