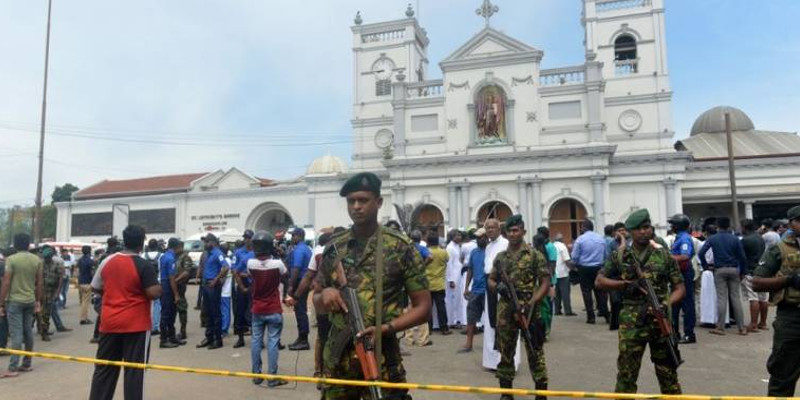 Terrorism, nonetheless in a different package, has returned to Sri Lanka claiming over 250 people’s lives and wounding hundreds other seriously in a coordinated serial terror attacks. In fact, from ethnic insurgency to religious terrorism a changing face of organized violence has arrived in the country floating on ocean in the south of Indian sub-continent.

The violent attacks perpetrated by not less than nine suicide bombers on churches, hotels and other localities in and around Colombo on Easter Sunday (21 April 2019) also ascertained utter failure of the Lankan government as there were prior inputs about the terror acts, even from foreign intelligence agencies, but the Democratic Socialist Republic of Sri Lanka regime in Colombo simply ignored it.

The infighting and lack of understanding between Lankan President Maithripala Sirisena and Prime Minister Ranil Wickremesinghe only worsen the situation as they failed to preempt the disaster that also snatched away the live of over 40 foreign tourists staying in Shanghai-La, Cinnamon Grand and Kingsbury hotels.

The ill-preparedness to terror attacks has already tarnished image of the island nation as three Catholic churches faced the tragedy when hundreds were attending Sunday praying sessions. Usually the churches along with mosques and temples remain unprotected in the country. The Islamic State (IS), which claimed responsibility for the Sunday attacks, only exploited the vulnerability of churches.

Churches may have been targeted by Islamist forces across the globe including in various Asian nations, but Sri Lanka had no such report of rivalry and conflict between Muslims and Christians/Catholics. Rather both the religious groups had faced aggressions from a section of majority Sinhala-Buddhists and now-defunct Liberation Tigers of Tamil Eelam (LTTE) in many occasions.

“Lankan Muslims never supported the primary goal of LTTE to establish a homeland for Tamil people in northern part of the small country. They can speak Tamil language and many of the Muslim families lived nearby LTTE-controlled localities. Few of the Muslim families were suspected to work as spies to Colombo regime dominated by Sinhala-Buddhists. Hence the LTTE leadership was not comfortable with the local Muslims and even targeted in many occasions,” said a Sinhala(Sinhalese) political analyst.

Tamil, a major linguistic group in India, has over 74 million people where Sri Lanka supports nearly 3 million Tamil speaking population. One of the ancient ethnic groups of South Asia, Tamil people have been living in southern parts of India and also northeastern areas of Sri Lanka. In fact, the island nation was once (10th to 11th century) ruled by Tamil kings. By 1970 Velupillai Prabhakaran led LTTE launched the armed struggle for an independent Tamil land out of Sri Lanka.

Speaking to this writer, the Colombo based political analyst, who wanted anonymity, pointed out that the population pattern of his country has changed in recent past. The Muslim rapidly increased their numbers and today they might have touched the Hindu population (around 11 %) to become another largest religious group after Sinhala-Buddhists (around 70%).  Christian population remains around 7% of total 21 million Lankan populace.

With the sustained growth of Muslim population, the Sinhala-Buddhist nationalists lately observed rapid increase of Mosques and Madrasa institutions in various remote parts of the isolated country. They also witnessed that local Muslims had started wearing typical middle-eastern attire and adopting Arabic language for religious purposes.  The authority had either little information about the development or simply ignored it. More shockingly, the government lacked political will to address the issue, asserted the Lankan analyst.

For example, the Lankan law cannot punish a citizen, who after joining a terror outfit outside the country returns back. He might have radicalized in the foreign soil and come back with sole aim to engage in terror activities and also motivate more local Muslim youths to join in Jihad, an elusive fight to safeguard Islam. The motivation is so strong that the educated youths from wealthy backgrounds too often opt for the violent path.

The Islamic bombers of Sri Lanka were highly educated and some of them completed their educations in foreign countries. But surprisingly the suicide squad members are meticulously nurtured for the martyrdom. The young minds are raised with the sole aim to achieve paradise after
they kill themselves to establish the Caliphate regime under Sharia laws across the world. “Even without having specific laws to deal with youths trained by terror groups in foreign soil, the government could have taken actions against them.

Sri Lanka has lot of laws relating to procurement of arms & ammunitions and also training of local residents on terror activities. The government was almost sleeping after the 2009 counter-LTTE victory,” stated the young analyst. By now the Lankan government has banned two Islamist outfits namely National Thawheed Jammath (NTJ) and Jamathei Millathu Ibraheem (JMI) which were active in the country for some years and suspected to materialize the Sunday bombings. Awakened with the revisiting of terror, the authority has already launched massive operations at the backdrop of emergency rules imposed in the country.

President Sirisena, who is constitutionally responsible for the country’s defense and also international law & order situation, recently commented that most of the active Islamist radicals were either eliminated or arrested by the government forces. The rest, if few more, would be neutralized before the Presidential polls scheduled for November-December this year.

Taking advantage of the situation, former hardliner President Mahinda Rajapaksa has tried to get into the scene. However Rajapakshe, who massacred the dreaded armed outfit  LTTE to earn huge popularity among Sinhala people, has already completed two terms as President of the country and he cannot run for the same unless there is an amendment to the constitution.  Otherwise, he may run for the post of Prime Minister in 2020 national elections. 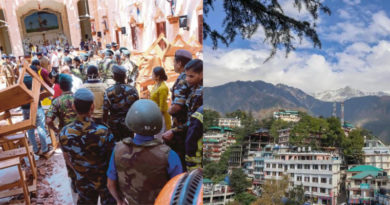 After Sri Lanka Attacks, Dharamshala Hotels Warned to be Cautious 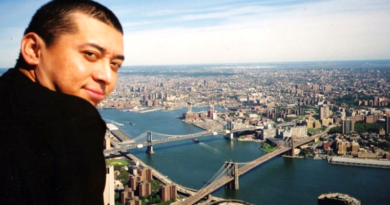 Violence is Not the Answer, Respect is 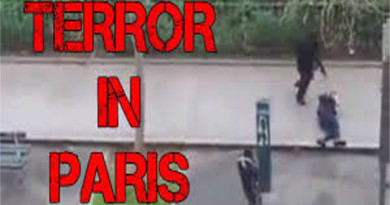