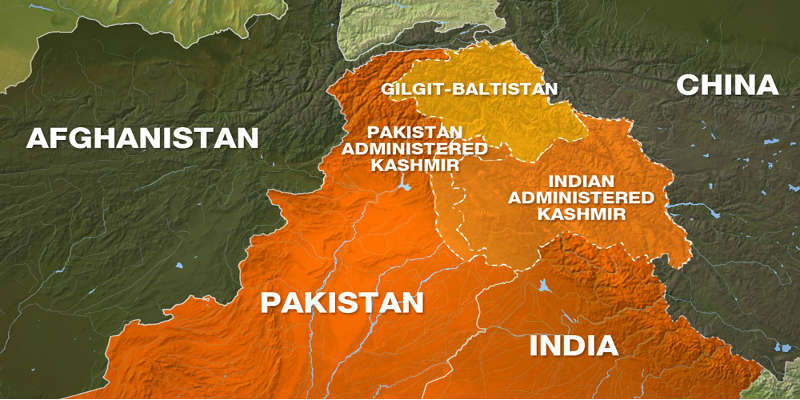 For millions of common Indians, the Pakistan occupied Kashmir (PoK) functions like a province of Pakistan. It is guessed that nearly 4.5 million PoK habitants happily agree to any proposal from the Pakistan government in Islamabad. With the proximity of religion, the people of PoK seemingly feel comfortable with the Islamic Republic.

But slowly the myth has started losing its ground. Few recent uprisings in PoK’s capital Muzaffarabad against the Pak government
have shown the anxiety of locals. The media in PoK highlighted the people’s angers against the Islamabad regime, even though the Pak media preferred to remain reluctant to cover those demonstrations.

It may be noted that Kashmir, which went under British rule in 1846 and later turned as a semi-independent pristine State till 1947, was later divided into four segments. The major part remains with India as it Jammu & Kashmir province. The northeastern part went under  the occupation of Beijing (known as Aksai Chin).

The northern region is made a semi province (known as Gilgit-Baltistan) by Pakistan. Presently Islamabad is thinking about
reorganising the territory as a full- fledged province of Pakistan after Balochistan, Khyber-Pakhtunkhwa, Punjab and Sindh. The western part remains as Pakistan administered zone. Islamabad calls it Azad Jammu & Kashmir (AJK), where one can see an elected President (presently Sardar Masood Khan), Prime Minister (Raja Farooq Haider), a Legislative Assembly and even a Supreme Court are all functioning. However, the real political-economy rests with the Kashmir Affair minister in Pakistan Premier’s cabinet.

Hence the demonstrators in PoK (or AJK) always raise voices against the Pak government, even though AJK is not represented in Pakistan’s National Assembly. Though initiated with various reasons including protests against the hydroelectric dam over Neelum  river, shrinking of job opportunities and anti-people activities by both State & non-State actors, the inherent demand remains political liberty from Islamabad.

For records, the 5 October 2018 protest in Muzaffarabad was led by United Kashmir People’s National Party raising voices against the Neelum dam, but their slogans included ‘Azadi for Kashmiri People’, ‘Long Live Kashmir’, ‘Go to Hell Pakistan’ etc. It means the agitators were asking for rights over their land and natural resources.

Similarly, a number of protest-demonstrations in September across PoK highlighted the interventions over  Neelum apprehending the shortage of drinking water in Muzaffarabad locality. The demonstrators expressed angers against Islamabad for misusing the local resources.

Similar protests were also orchestrated in Geneva (in front of  UNHRC) and London (in front of Pakistan High Commission).
In many protest programs against Islamabad, where the participants demanded genuine freedom and dignity for PoK and Gilgit-Baltistan residences, many Sindhi and Baloch political activists were also present. They unitedly chanted slogans like ‘Stop Human Rights Violations in PoK and Gilgit-Baltistan’, ‘Save Neelum  to Save Muzaffarabad’ etc.

Massive protests were also observed in July at Rawalkot locality raising voices against Islamabad’s aids to anti-India terror activities in PoK. The protesters accused various Pak authorities (including ISI) of providing supports to terror groups like
Lashkar-e-Toiba and Jaish-e-Mohammad. So the ongoing freedom movement in the entire Kashmir got derailed as the international community started believing that the movement had mingled with the Islamist terrorism. Facing international pressures to crack down terror groups,  the Islamabad regime inherently used PoK as their safe heavens.

It may be noted that the hilly region has very little non-Muslim populations. Even before partition, there were only few Hindu
families. Whoever left they were forcefully converted into Islam and the temples were demolished. The pathetic story of Kashmiri  Pandits, who had to leave their ancestor’s village because of Muslim aggressions, narrates a part of the history. The visibility of Pandits in Kashmir declined from 10% in 1947 to  less than 1% today.

Admitting the presence of Islamist fundamentalist elements in PoK, a Muzaffarabad based journalist named  Haris Qadeer, who used to edit once the highest circulated Urdu newspaper Daily Mujadala, pointed out that the growth of radical elements and terrorism had affected local aspirations for a greater Kashmir.

Qadeer, who talked to a group of journalists in Guwahati Press Club recently through video-conferencing, commented that in contrast to commonly-held belief in India, the people of PoK are neither in favour of Islamabad nor in support of New Delhi. “Rather they (mostly Muslims) prefer to identify themselves as Kashmiri first,” asserted
the young editor.

Answering queries from Guwahati scribes about any visible change of perception after legendary cricketer Imran Khan becoming the Prime Minister of Pakistan, Qadeer commented that it is too early to get the impression. He however stated that the PoK residents would have little expectation from the new regime in Islamabad. Talking about the communication in PoK, the editor disclosed that there is no train connectivity and presently no operational airport as those are being occupied by the Pakistani militaries.

So the PoK people have to move to Islamabad (around  90 km from Muzaffarabad) or Rawalpindi (138 km) by road before they can proceed to other places (including foreign countries). As the healthcare infrastructure in PoK is poor, the affluent families prefer to move out for treatment. Many patients with liver ailments want to go to India, but there are restrictions from the Pakistan government, revealed Qadeer adding that Islamabad also put prohibitions for Indian tourists to visit PoK.

While appreciating the vibrant Indian media, nurtured with constitutional safeguards, Qadeer expressed concern over the
restricted media freedom in his place. He narrated the story of Daily Mujadala (www.dailymujadala.com), which is now under ban by the Pak government for one year.

“We published a survey report last year in the newspaper, where it was found that majority respondents dared to reject Islamabad’s domination over their land. In fact, over 73% respondents opted for freedom from Pakistani occupation and eventually establish an independent State of Kashmir,” said Qadeer.

Around 10,000 survey forms were distributed across PoK for many years questioning whether the dwellers want the position of Kashmir in 1948 being restored. Most of the participants made it clear that they are Kashmiris first. Soon after the newspaper published the tedious survey report, the authority got into actions.

The irritated Pak government (read Pakistani military)  promptly sent a notice to the editor, but when  Qadeer  did not bow down, the local authorities sealed his office on 12 September 2017. As the ban still continues, Qadeer now contributes news-features for various other media outlets for survival. For any reason, he does not see any hope for change of hearts by the Pak politicians and military officials in  Rawalpindi.

It may be noted that  most of the issues concerning PoK residents are not highlighted in the media as the vernacular newspapers remain week and majority of newspapers, circulated in PoK, are actually Kashmir editions of various Pakistan based media outlets. As for news channels, which are mostly cable operated, there is almost zero visibility of any India based news channel in PoK.

So New Delhi’s position as the entire Kashmir inclusive of  PoK and Gilgit-Baltistan is an integral parts of India would be heard by very few residents there. That is why they may not be aware of India’s strong opposition to the USD 50 billion China-Pakistan Economic Corridor that passes through Gilgit-Baltistan.

Amidst all difficulties, Qadeer emphasized on  more people-to-people contact and exchange of ideas between all parts of Kashmir for greater regional understanding and meeting of minds.  He definitely deserves appreciations for his ambitious proposal, but the question that arises if New Delhi along with Islamabad and Beijing would listen to his candid call ! 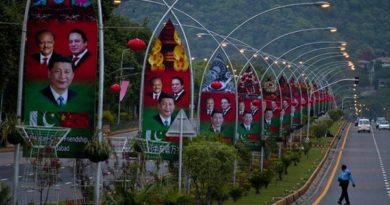