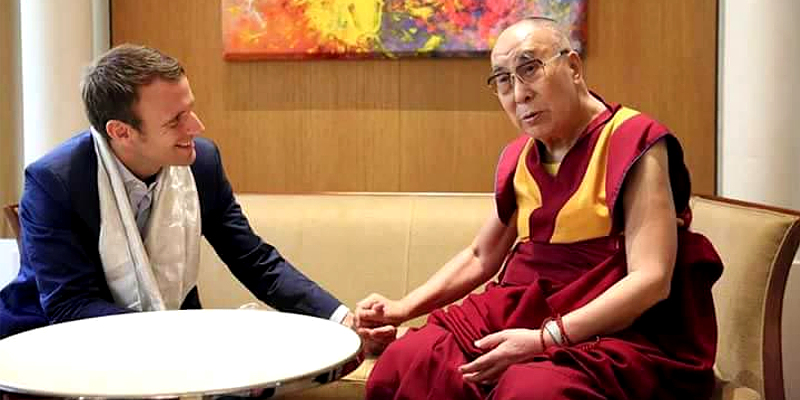 The young French president Emmanuel Macron during his trip to United States told that he will consult China for meeting with the Tibetan spiritual leader His Holiness the Dalai Lama in order to avoid triggering a crisis in their relationship, despite terming the spiritual leader as ‘very inspiring’ in contrary to Beijing’s propaganda of accusing Dalai Lama of spreading separatism.

According to the report in the First Post, French President Macron, on Wednesday, rejected the prospect of meeting with the Dalai Lama, saying doing so without consulting Beijing first would trigger a “crisis” with China’s government while speaking at a town hall with George Washington University students in the US capital at the tail end of his state visit.

While the president called the Buddhist spiritual leader ‘very inspiring’ when he met him as a candidate, he said “Now I’m president of the French republic. If I meet him, it will create indeed a crisis with China,” adding that it would be useless and counterproductive for his people from such a crisis with China.

However, the French president told that he would do his best to fix the situation between the Dalai Lama and his people, and China, adding that he perceives “some early signals” that Chinese President Xi Jinping may be open to addressing the issue. 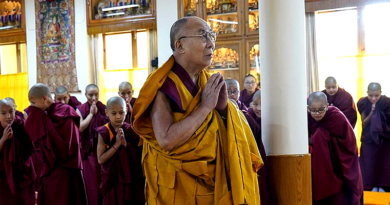 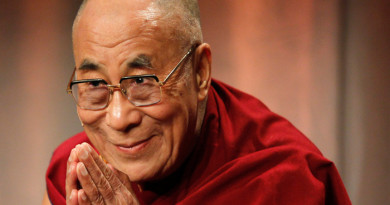